Our City Break To Prague + My Top Tips 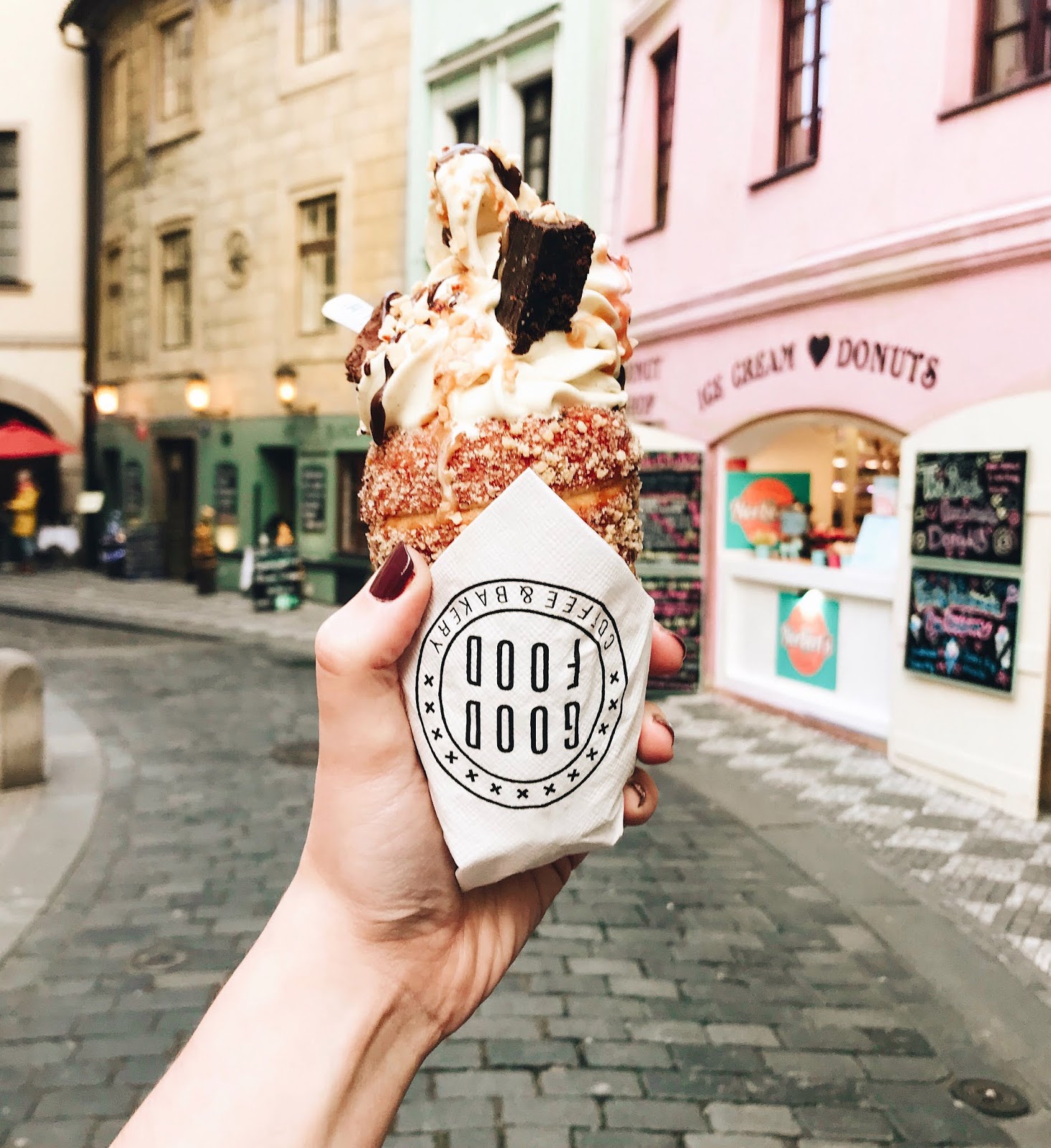 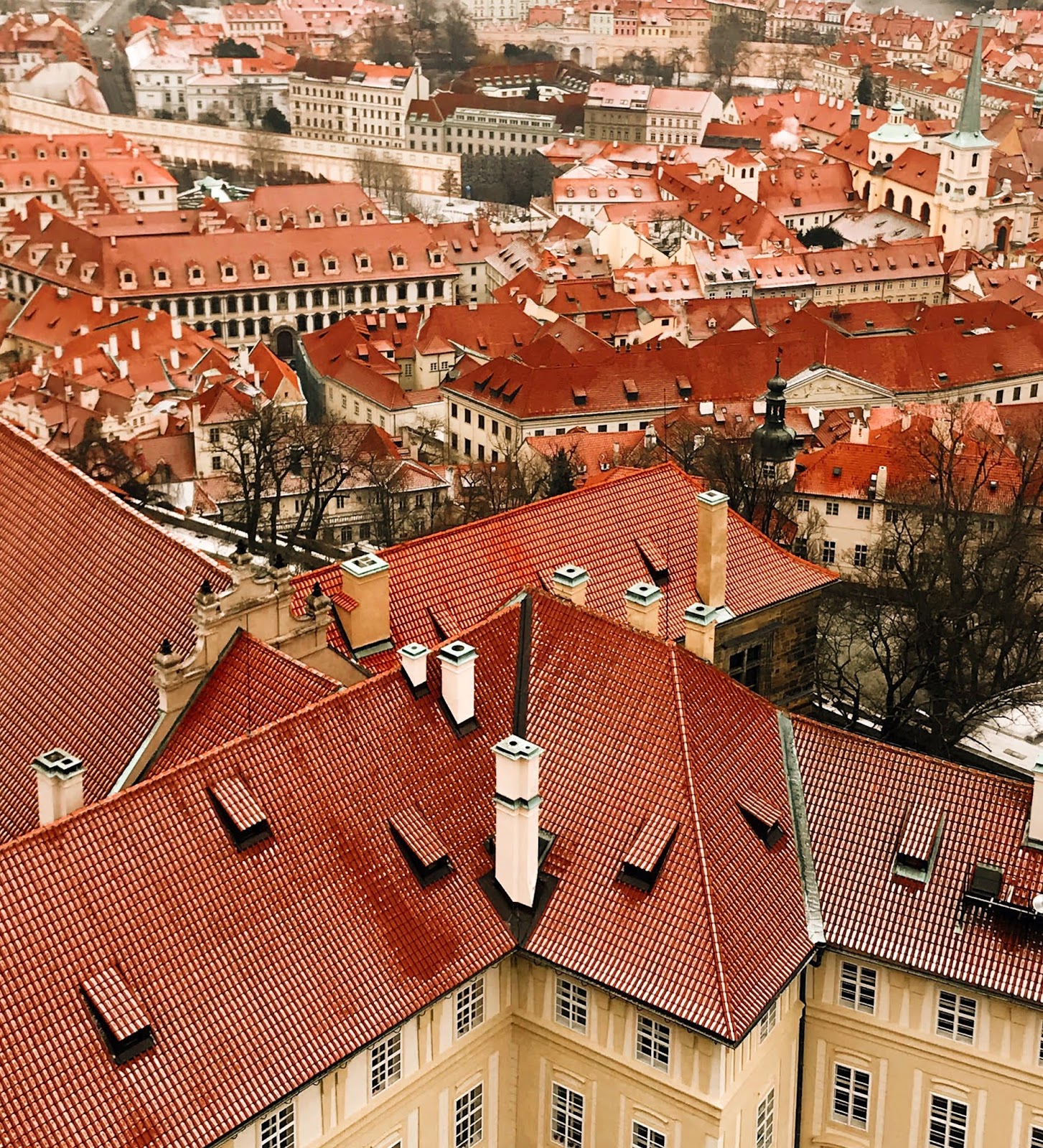 Last week we jetted off to snowy Prague for a city break for four days and had the best time. I knew as soon as I looked at the terracotta hued roofs and colourful buildings that I had to do a blog post full of my adventures and top tips on visiting the city.

On the first day we arrived at around 12pm after the easiest flight and getting out the airport super fast. We didn't want to faff around too much with public transport after our 5am start, so we decided on getting a taxi straight to our hotel. After checking in, leaving our luggage in the hotel, we decided to make the most of the day we had left. We went straight to the Old Square where you'll find a lot of extraordinary buildings including the Astronomical Clock which does a cute routine every time the hour strikes.

We then headed to the Charles Bridge via the Good Food Bakery which does the best Trdelnik in my opinion even thought there's stalls everywhere that does them (the plain chocolate in amazing from those). After exploring the little streets eating our pastries, we headed over the bridge which was very cold! We wanted to get a view of the city from a different angle so we headed up the Powder Tower which had a lot of stairs before we made it to the top. It was amazing to see the tops of the houses and see the gorgeous sunset - it was worth every penny and we knew we wanted to head up a few more of these towers during our stay.

After an afternoon walking around, eating our way round and seeing the sights, we headed out for our evening meal. As a fussy eater who happens to be a vegetarian, I wasn't expecting there to be much on the menus, but we were quite disappointed with the lack of choice. If we were staying for a shorter period of time, I think we wouldn't noticed it being an issue, but we did tend to sway more towards the pizza, pasta and burger restaurants. 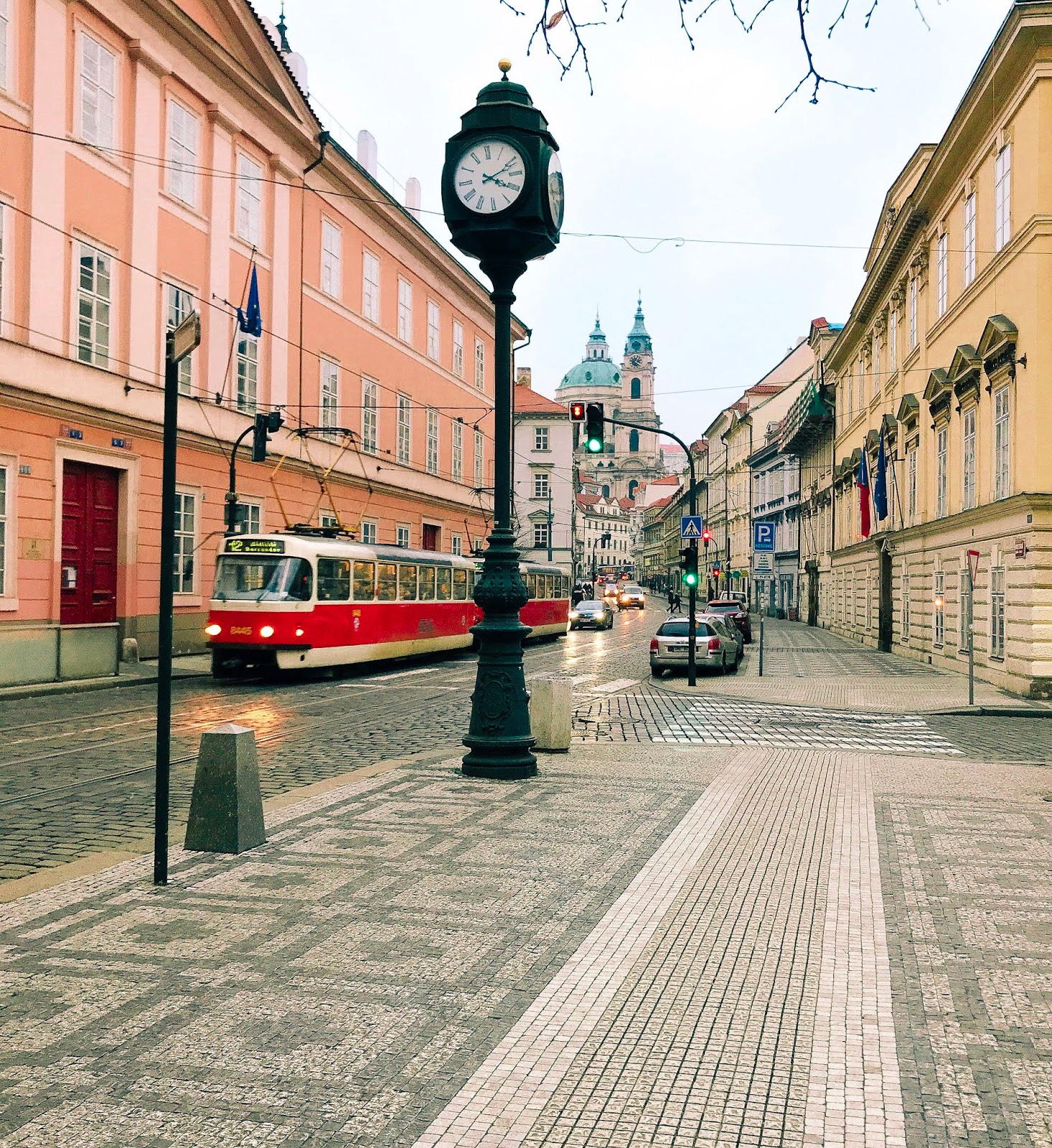 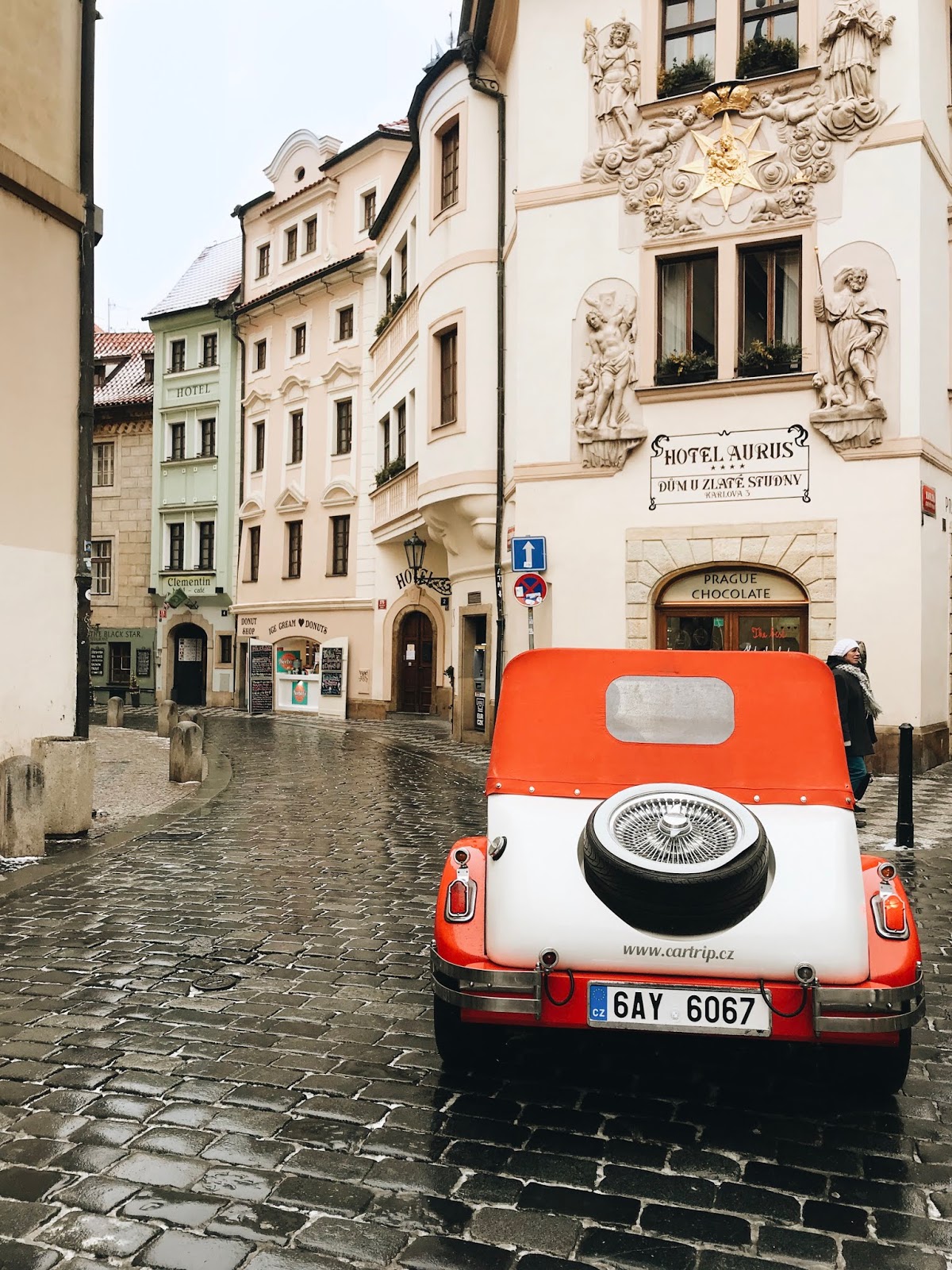 On the first night, we wanted to do something before heading back to our hotel, so we spotted the Sex Machines Museum which we heard a little bit about, but it exceeded expectations. If you want a chuckle it's definitely worth a visit - you'll be sending pictures to your mates in no time.

After spotting the Prague Castle on our drive in to the city (it's hard to miss it on the top of the hill), we knew that's where we wanted to head to the other side of the river on our second day. St Vitus Cathedral was extraordinary to see and I'd recommend not paying any money to visit any of the extras on the castle tour as it's just as good without. We went up the tower again and this time the stairs were three times longer than any we went up before, but was worth every step. The view was amazing and you got to see the buildings at angles you wouldn't usually see.

Although there's trams everywhere and the metro system, we chose to walk instead as it was down the little side streets that you find the best gems. Kampa Island was one of these places I'd heard about, but randomly stumbled upon when walking around. It's multicoloured houses make for the perfect photography opportunities.

Prague has lots of museums to visit, so it's worth a Google to see which ones you have the most interest in. I would recommend leaving most of the museums and shopping to the evening as they're all open quite late which means you have more time to explore the tourist attractions during the day. 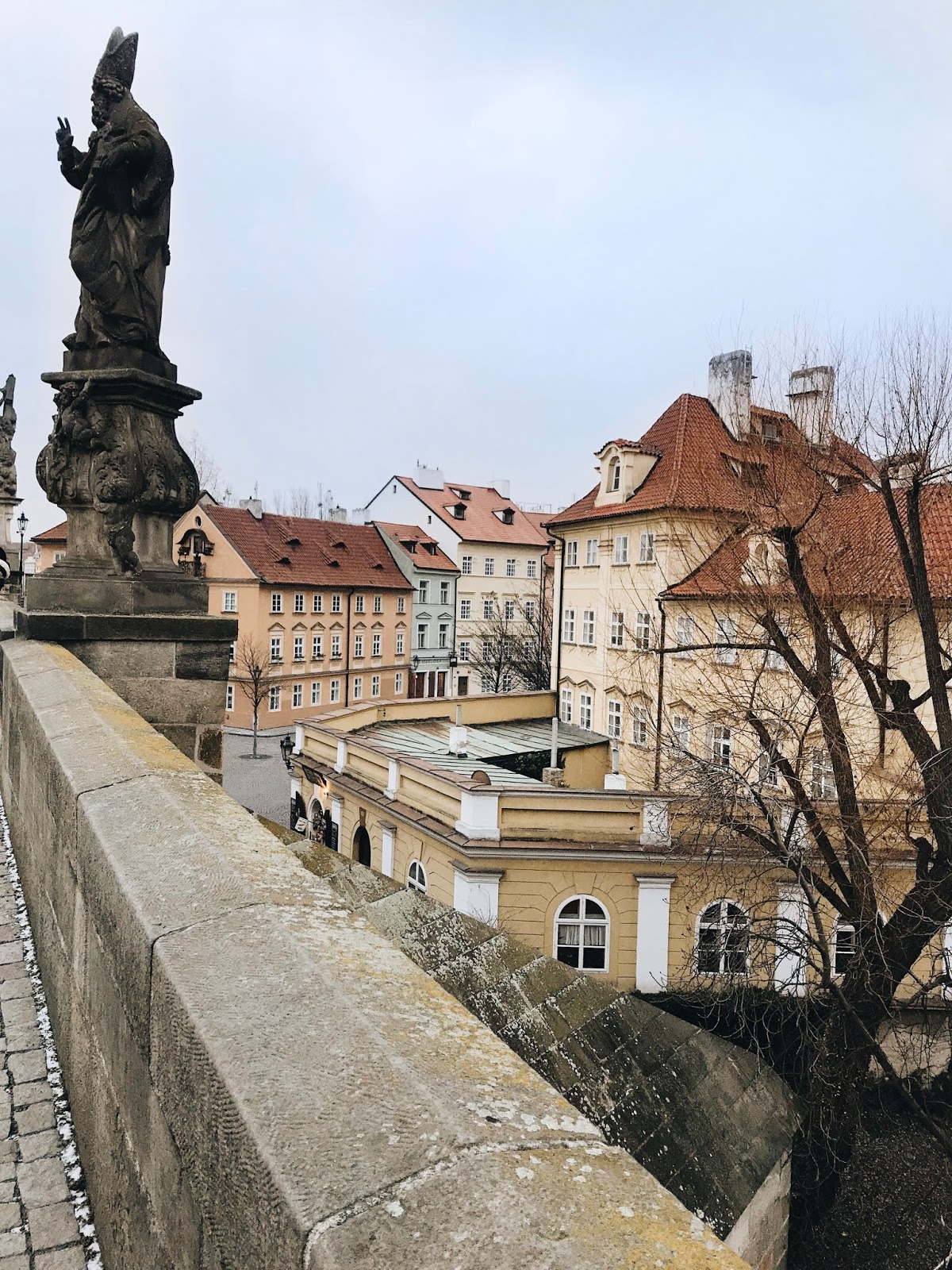 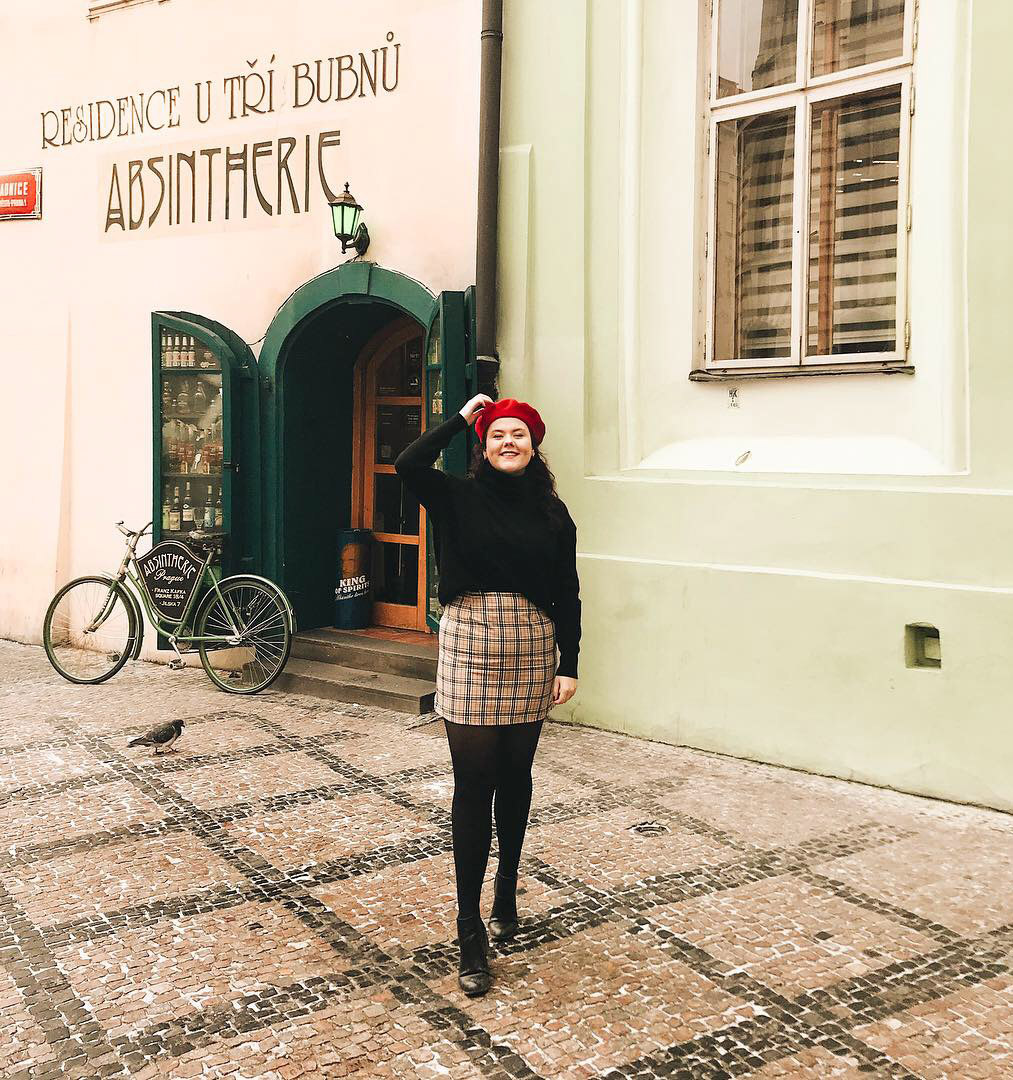 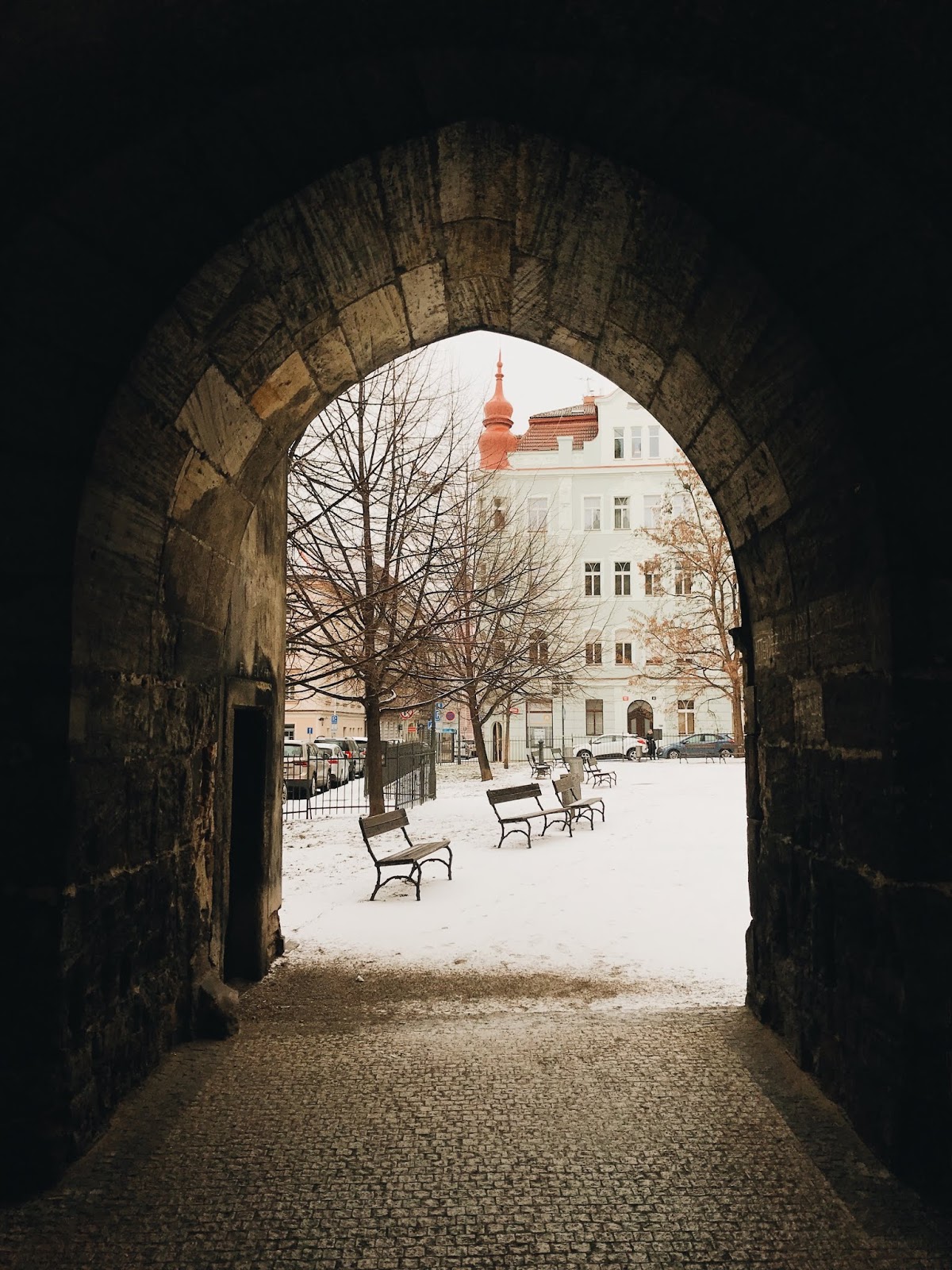 On the third day, we went to explore all the places we hadn't been to yet including the Lennon Wall which was amazing alas very busy. Our third day was on the Friday, so it started to get a lot busier as the crowds hen and stag parties arrived. It didn't get very busy until the Saturday that we were due to leave, so that's something to note if you prefer quieter city breaks with less crowds. We explored the Lesser Town a lot more and of course I made a trip to Sephora to pick up a few bits I had my eye on.

Overall, the trip was amazing and well worth a visit. The history on the city is amazing and I felt like it was a well rounded trip of exploring, learning new things as well as having a cocktail or two to relax as well. It's well worth making a list of places you want to go and marking them on a map if you're going to be walking your way around as this will make it easier to tick them all off. I would recommend looking up a lot more as all the buildings have amazing architecture and don't be afraid to wander away from the crowds. 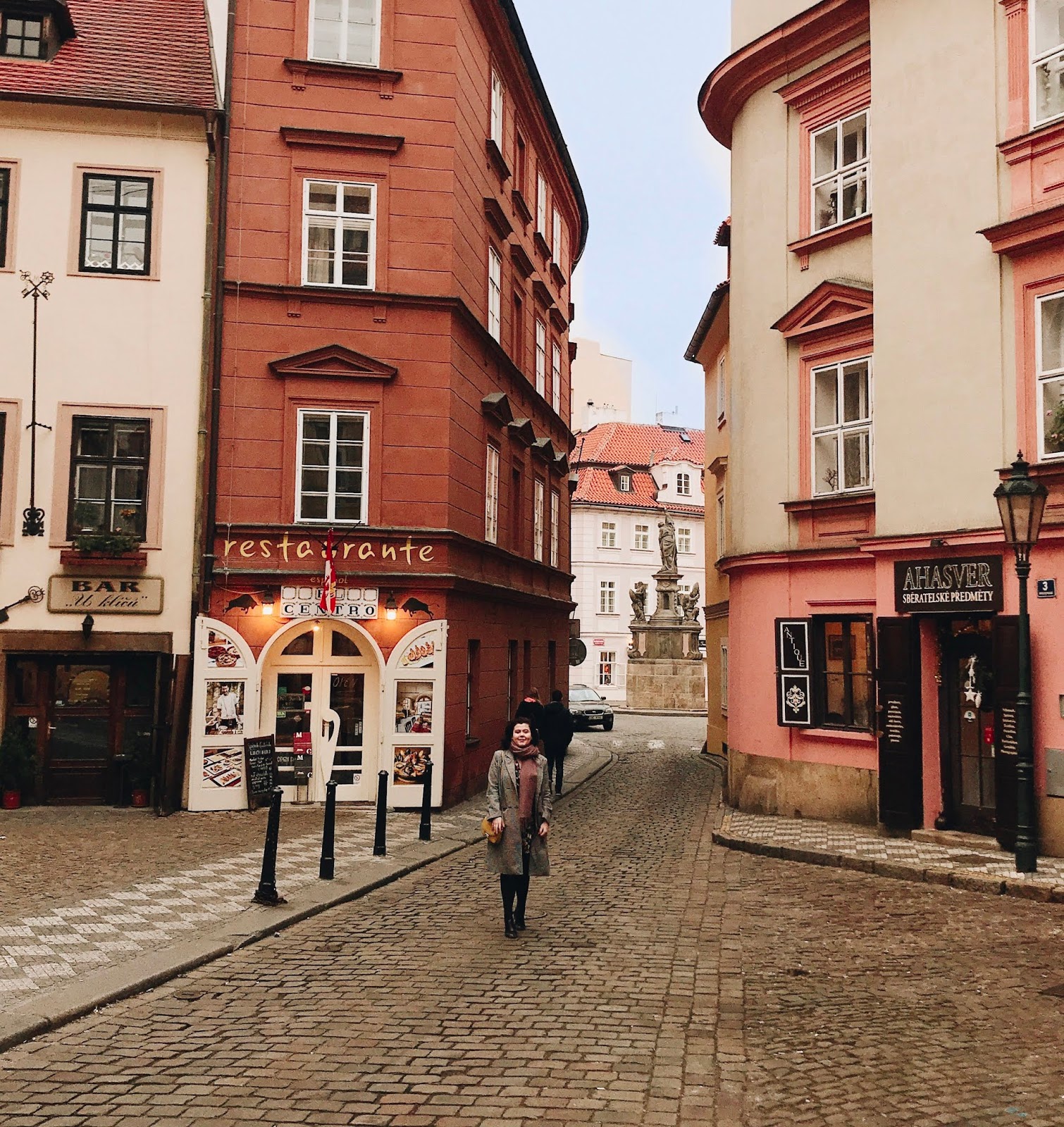 We booked the trip just before Christmas after finding a good deal online for just over £140 per person for a five star hotel and flights included. All we needed was spending money after that and we both took £200 for the four nights which was enough. Although I've heard the city is cheap, we didn't find it to be so. The beer was reasonably priced and so was the food, sitting much cheaper than London prices, but would probably be equal to how much money you spend on eating on in your own town.

As for changing up money, we did this before we went, something we later regretted as they offered a better deal in the city. You can use card pretty much everywhere too which makes it super easy if you want to make a few other purchases outside of food and drink.

If you want to make your trip cheaper then I'd say make sure you stay away from the centre when eating out and avoid the stalls selling food as they're more highly priced. Instead, opt for a supermarket to make up your lunches.

Have you been to Prague before? Where's next on your travel list?
SHARE:
Posted by Lily PSB at 08:00