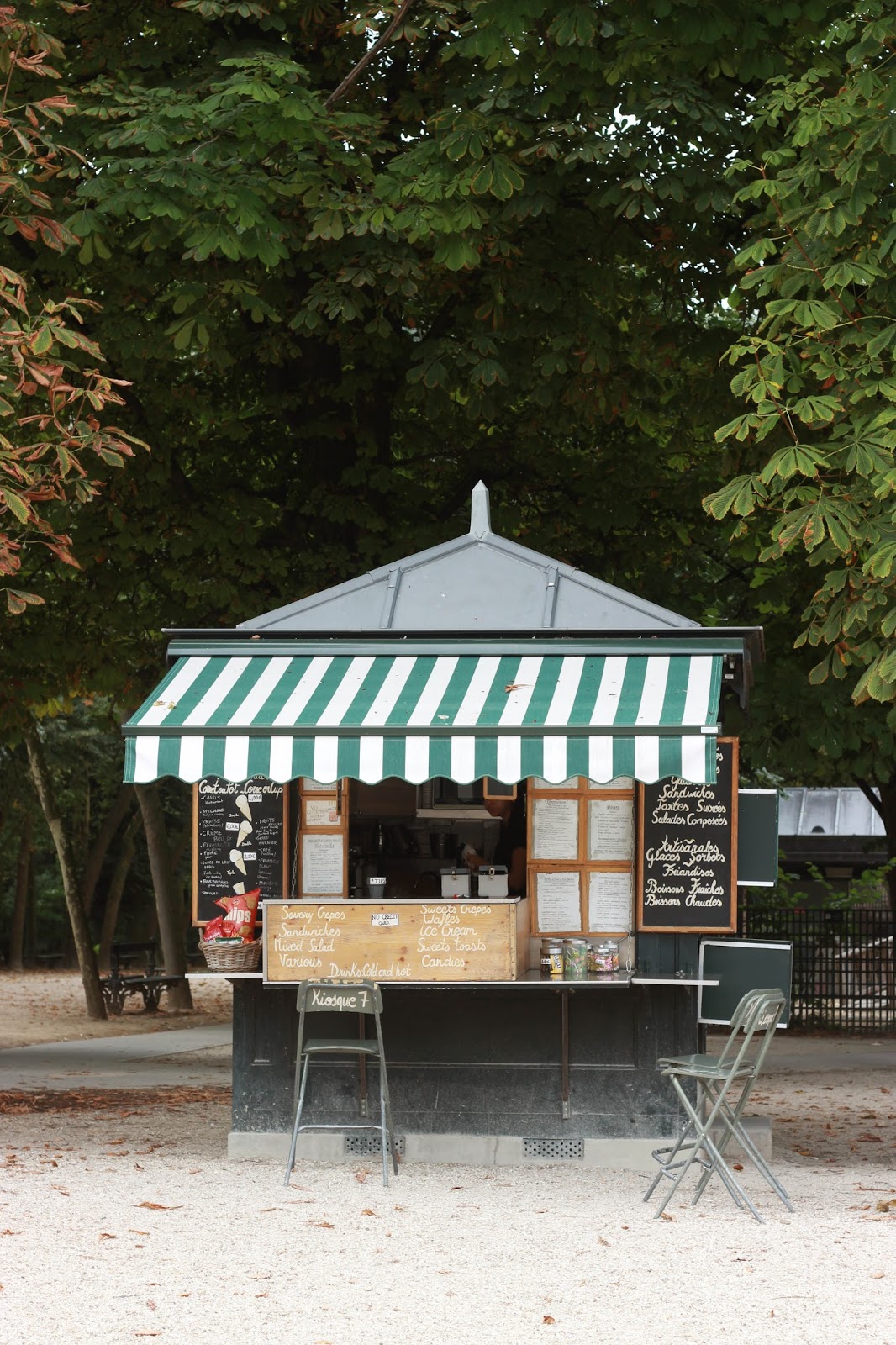 As someone who has never visited Paris before, I didn't head to the city with many expectations other than that I was probably going to spend a fortune in Sephora, I would eat my bodyweight in cheese and I would most likely see the Eiffel Tower at some point. I researched places to eat and the best places to visit, but when I got there a lot of my original plans went out the window. Today I thought I would share with you a few tips and guides for anybody looking at going to Paris for the first time.

Between the crowds and your feet hurting from walking, the many food choices of Paris can be a little overwhelming and you will probably contemplate getting a McDonald at least twice a day. We didn't go for one at all because we tried to persist with finding a restaurant that would suit our needs and looked okay.

For meat eaters you will be in your element as every toastie, every side dish and every snack seems to have some sort of meat in it. Initially I struggled with the idea that I would have to ask for my complex orders in French, but once I got used to it, I was good to go. The Latin Quarter was our favourite place to dine out as they have everything from fondue to pizza, so you really are spoilt for choice. 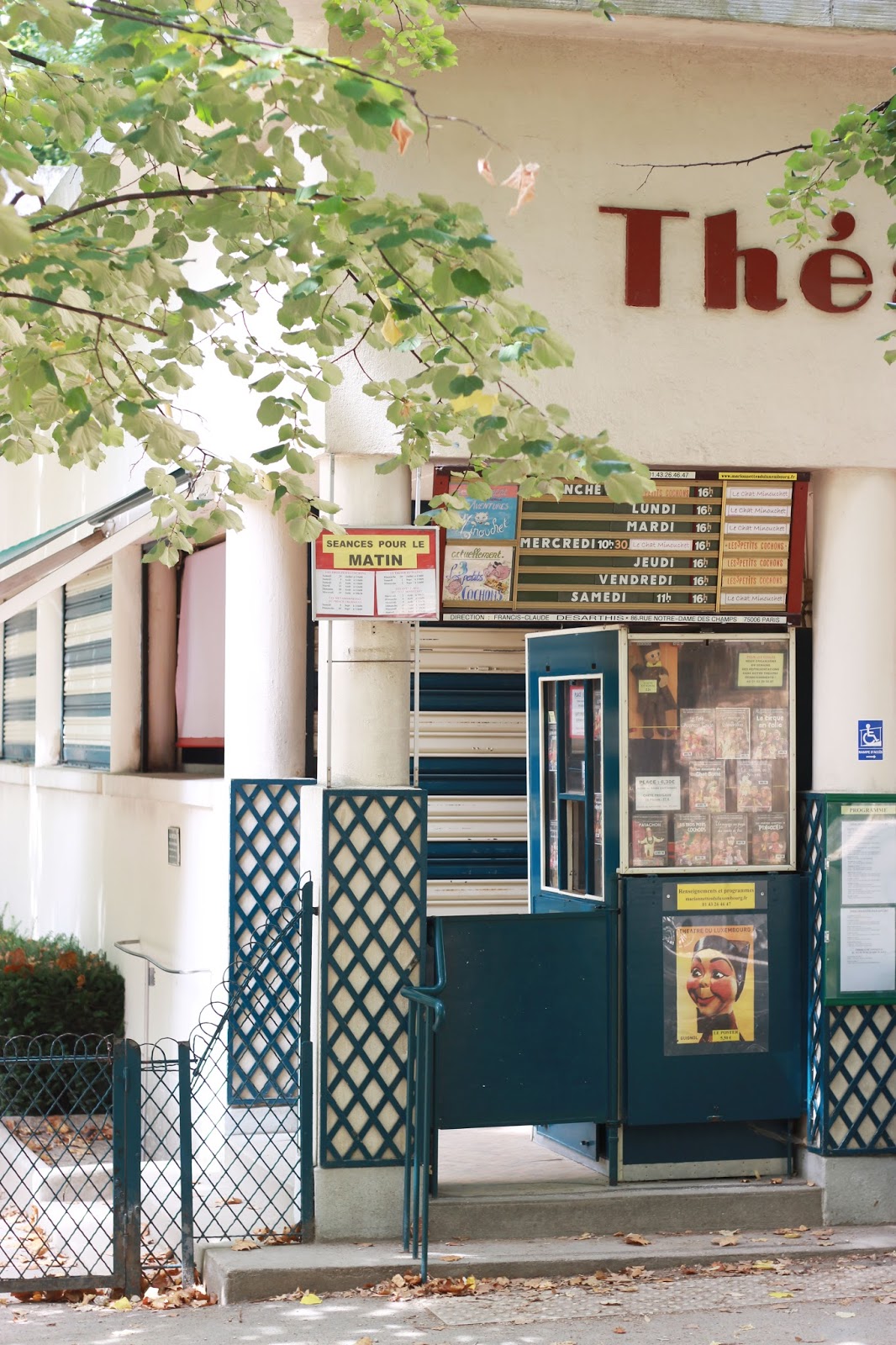 I couldn't leave Paris without having a taste of macarons and I knew exactly where I wanted to go to pop my macaron cherry; Ladurée. With a quick Google, you can find out where they are and I would definitely recommend taking a visit.

There are many stands that sell ice cream and crêpes which were a great lunch time snack for us as they were super cheap and easy. They were often around the tourist attractions like the Eiffel Tower and along the Champs-Elysées.

As for price ranges, we both noticed that the food itself was pretty inexpensive, cheap if anything, but it was the drinks that made the price go up - We're talking €6 on average per drink, but only €9 for a pizza! During the day, we did stop off at several cafés which were super cute, so I would definitely recommend doing it at least once - It's great for people watching too! 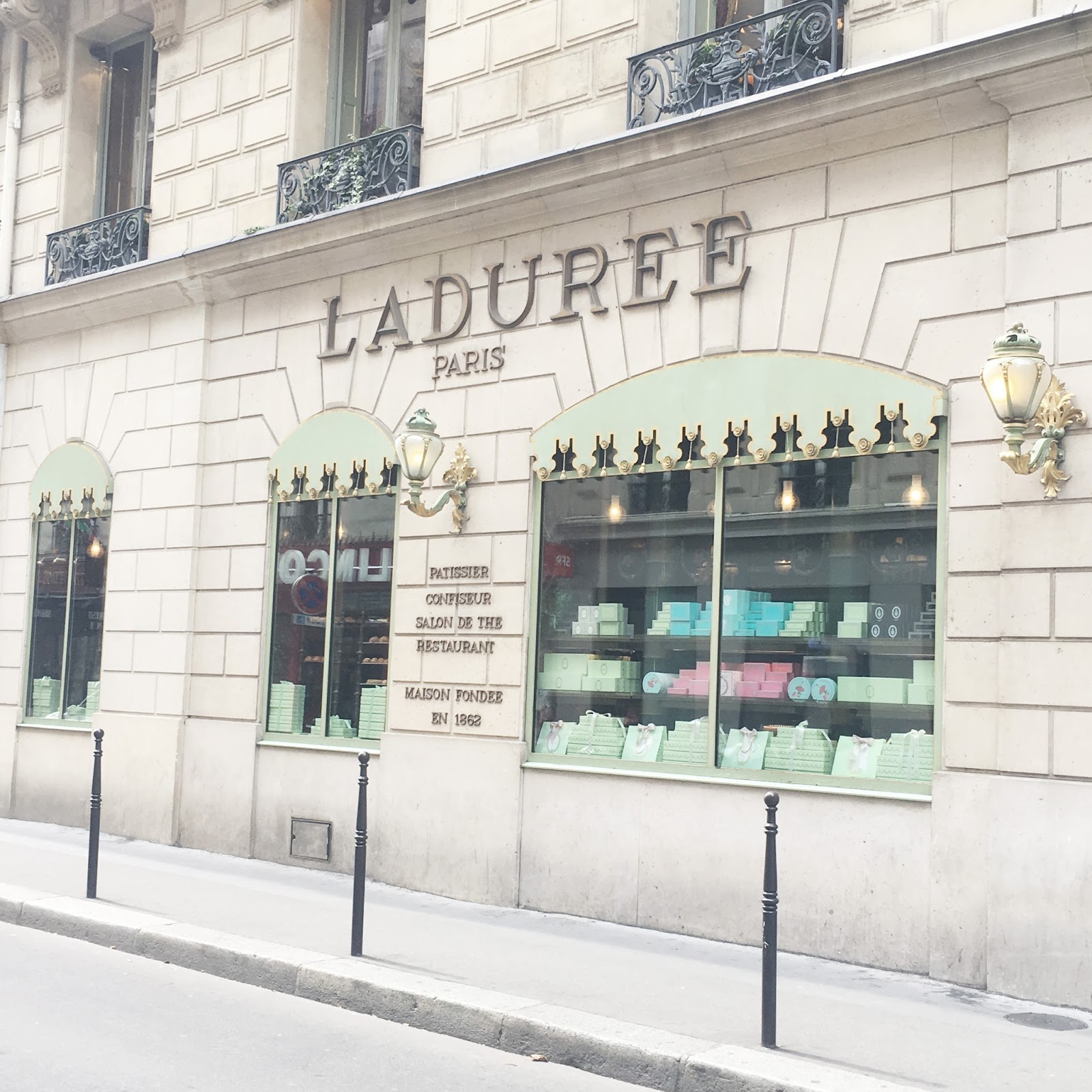 Of course, one of the main reasons we went to Paris was to see the sights and with four days to explore, we managed to get around everything with ease. If you don't want queues or you're a little bit more clued up with exactly where you want to visit, then I would recommend booking your tickets online before you go because we didn't and regretted it.

When it came to tourist attractions, most of them are free unless you want to go up things or in the Louvre. The gardens were my favourite part of the trip because not only were they huge, they had the prettiest plants, sculptures and food places too. The Jardin Du Luxembourg is a must see and despite going in August, it was the perfect mixture of the crisp, fallen leaves of Autumn and the fresh blooms of Summer.

The Notre Dame was simply beautiful and although we wanted to go up to the top, we couldn't as they didn't sell day tickets without downloading an app.  It's important to note that if you're under 26 years old, you can get into most attractions for free, so with ID, I managed to get into the Louvre free of charge. The Louvre was so interesting, even though we had to queue up we got in super quickly. Seeing Mona Lisa was definitely a highlight of the trip! 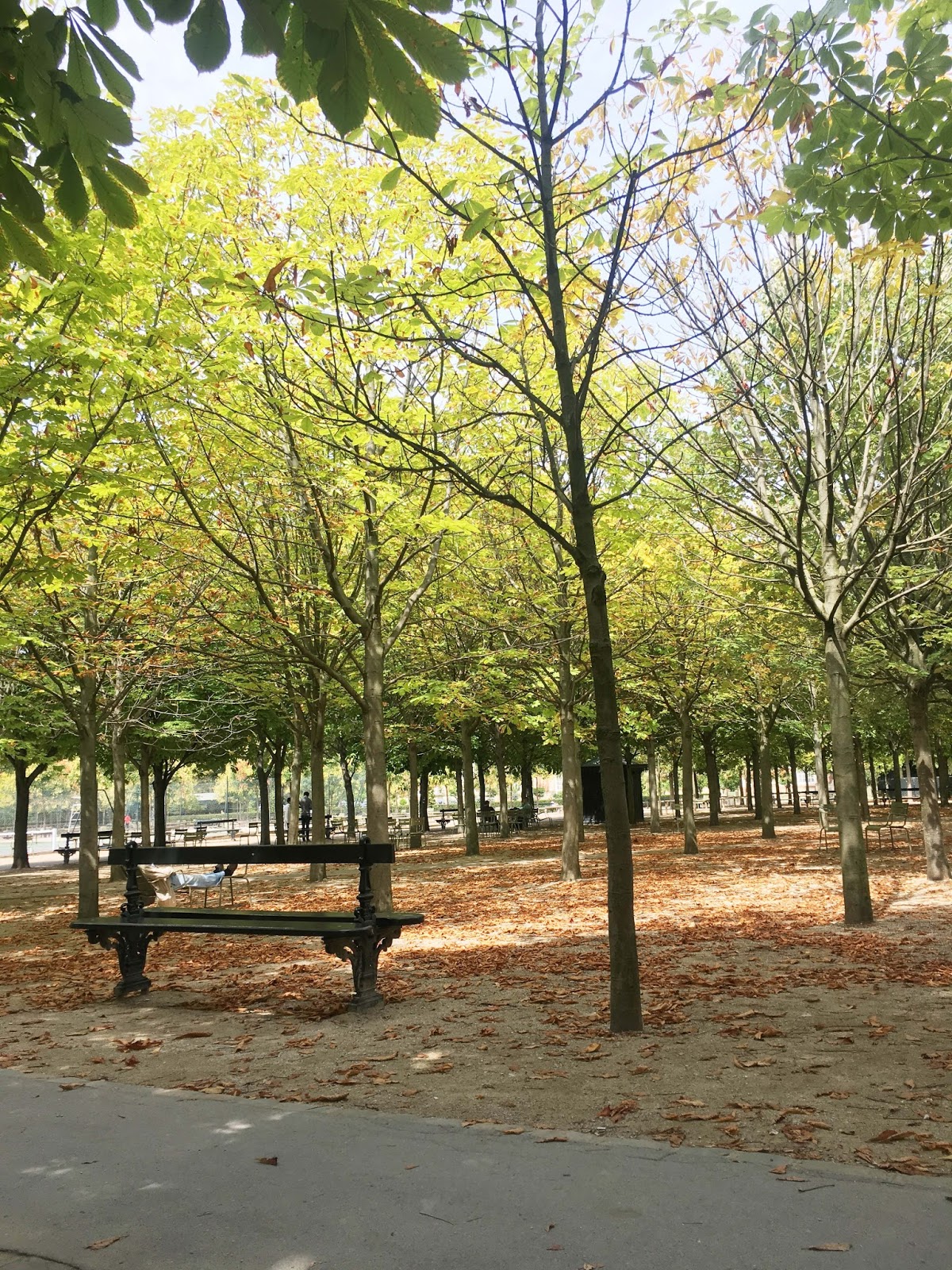 Most of the attractions were near each other, so we got to see the Arch De Triumph and Champs-Elysées in one go and the Louvre, Jardin Du Luxembourg and Place De La Concorde in one day too. It's important to note that the Pont Des Arts- the bridge in Paris with all the locks- is now lock free, but instead there's a specific place you can attach your locks nearby.

The Eiffel Tower was the first place I went to and despite being lucky enough to have a view of it from our hotel room, at night it was even prettier. The twinkly lights go off at 10pm, 11pm and 12pm and it's definitely one to catch because it's truly magical - One of my top three moments of the trip (In fact I'd go back just for that!). I'd recommend going at the back of Parc Du Champs De Mars to get the best view of the tower.

If you're a beauty lover like myself, then Sephora will probably be a tourist attraction on its own. I went to five in total and despite having high hopes for the Champs-Elysées branch, I was highly disappointed purely because of how stuffy it was and how pushy the shop assistants were. My favourite was hands down Rue De Rivoli followed by the Cluny La Sorbonne branch. They have nearly every brand and as someone who ended up getting four Sephora bags, I think it's safe to say the shopping trip was a success. 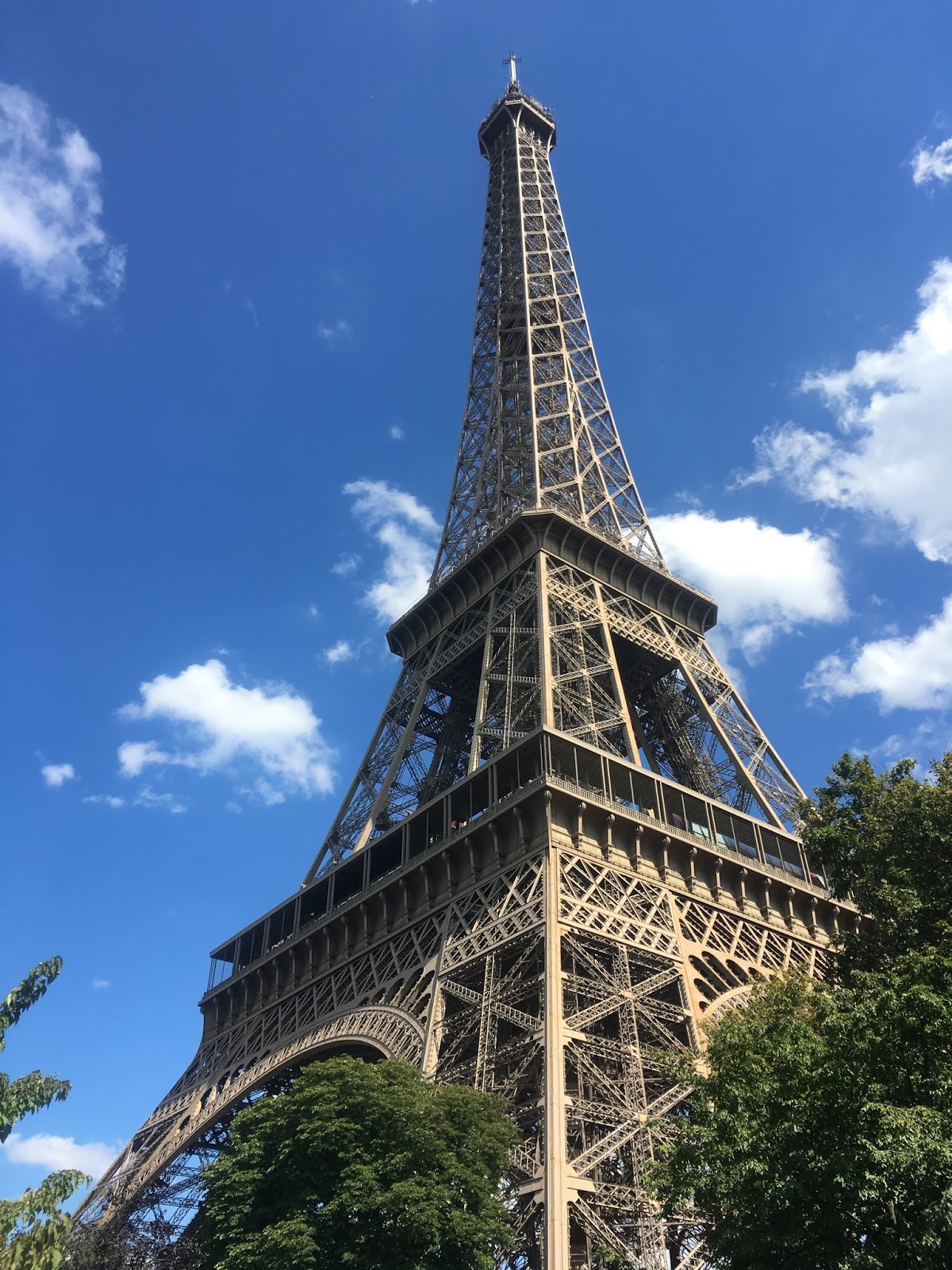 Although it was hard to get to grips with where to go in the beginning, we decided to travel via the metro for the majority of the time. Not only did it make travelling so much cheaper, it made it easier too. If you're familiar with the underground in London, then it works in a similar way. Purchasing tickets were the hardest element to it, but with a little help from the ticket desk we were good to go and I would highly recommend getting yourself a day pass as it works out much cheaper that way.

Most of the city you can easily get around on foot too and in the centre of Paris there are metro stations pretty much everywhere, meaning you can get to several tourist attractions in one day with ease. 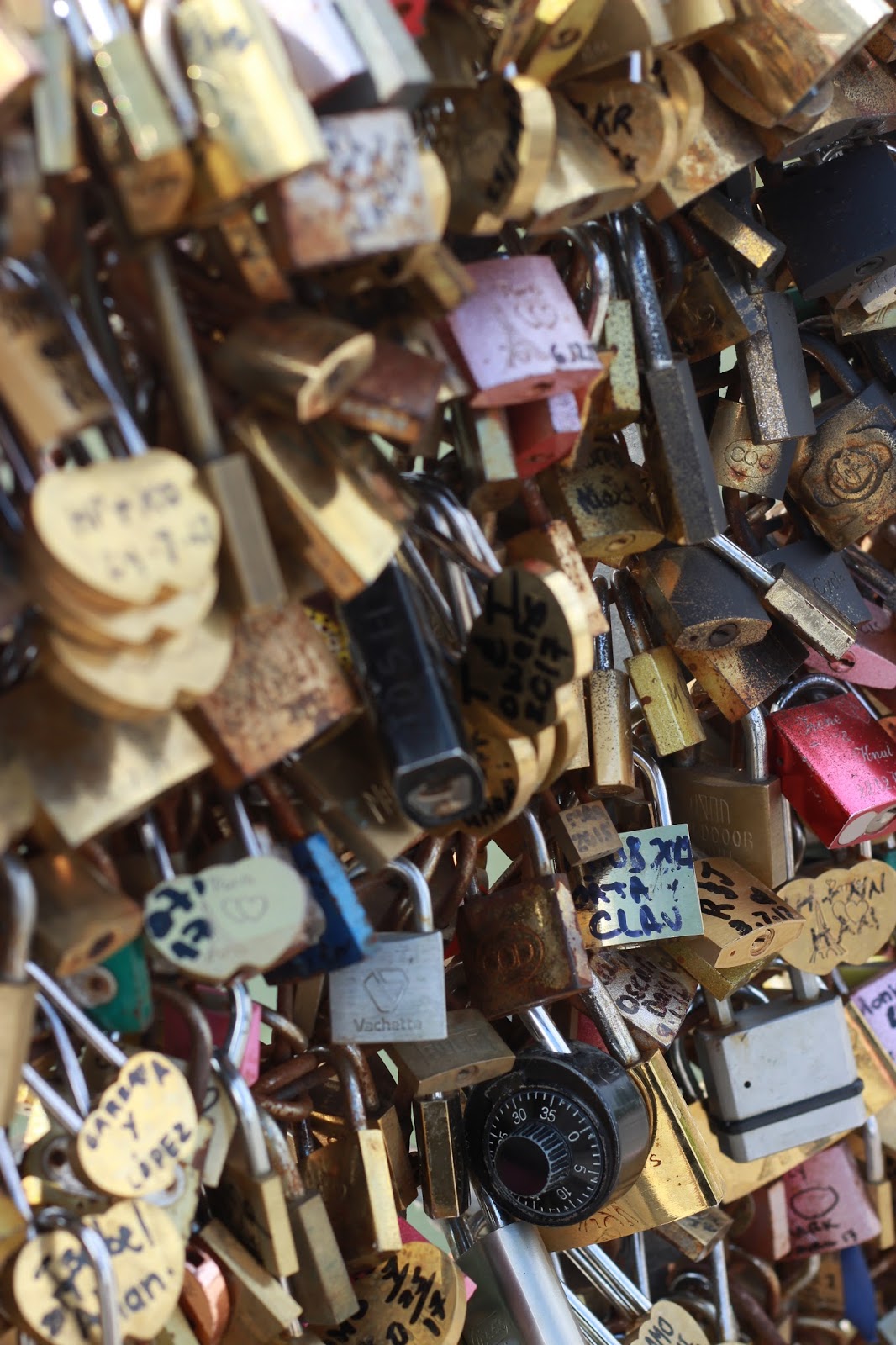 If there's something I wish I knew beforehand it was how much walking we would actually do because I really recommend packing only your comfiest shoes and clothes. As we went in Summer, the weather was great and I cannot fault it, but I would probably note that even on the cloudiest day we were there, the trains and busiest areas were still humid and rain coats were certainly not needed. Think culottes, airy t-shirts and trainers.

A map, oh where would we be without the map? Probably still in Paris actually. We travelled via Eurostar to Paris which was super easy and straight forward, but as soon as we got out of Gare Du Nord we were lost. As I've previously mentioned, we traveled via the Metro which I would highly recommend to those on a budget or who would like to travel at their own pace, but when it got to locating the Metro at the Gare Du Nord we were left scratching our heads. The only thing that saved us was our phones, but I would highly recommend getting a map before hand if you can, just so you can find your hotel. Once we got to our accommodation, they luckily handed us a double sided map of both the city and the metro - I still feel slightly attached to it now.

Are you planning a trip to Paris anytime soon?
SHARE:
Posted by Lily PSB at 08:00