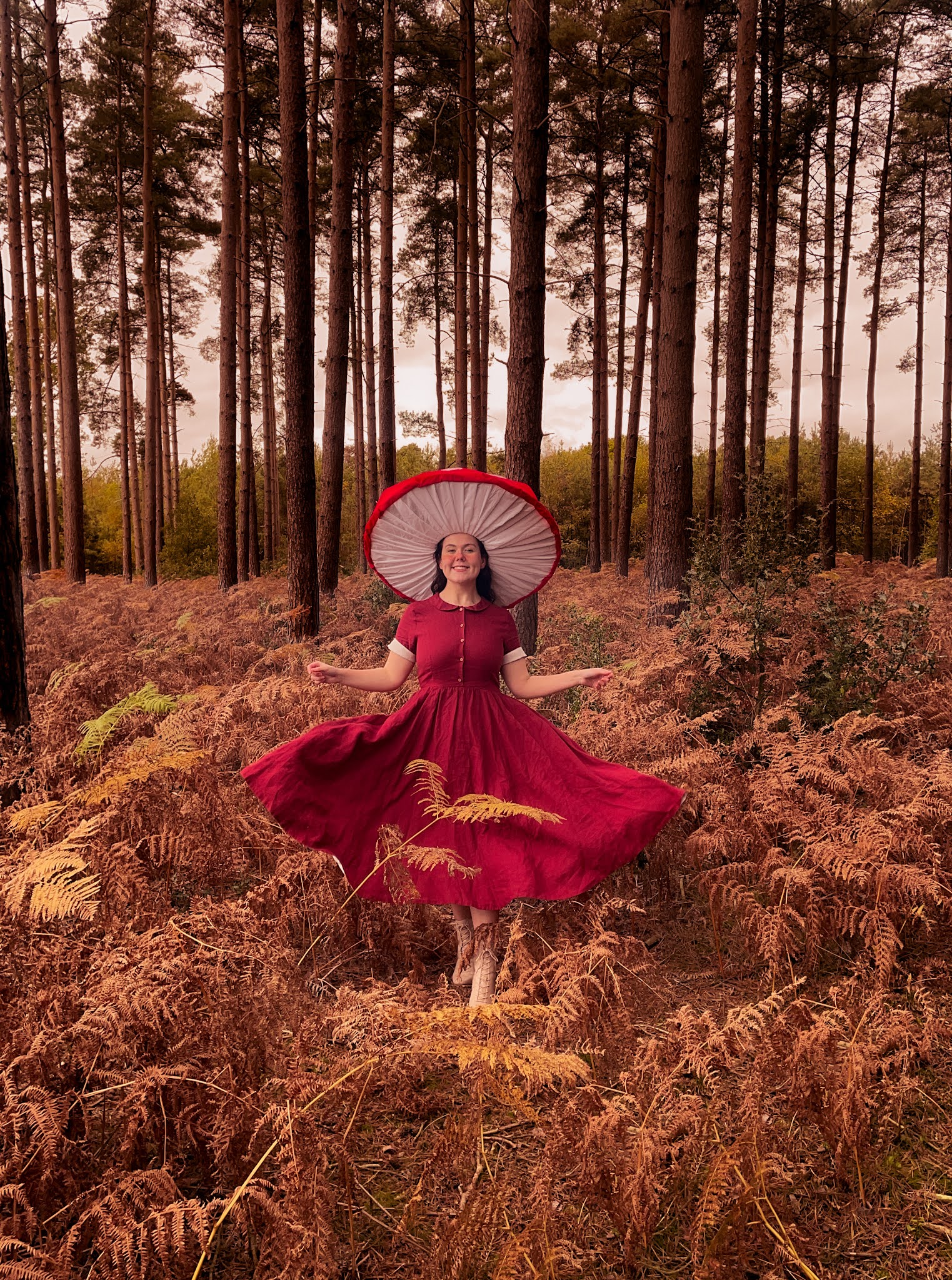 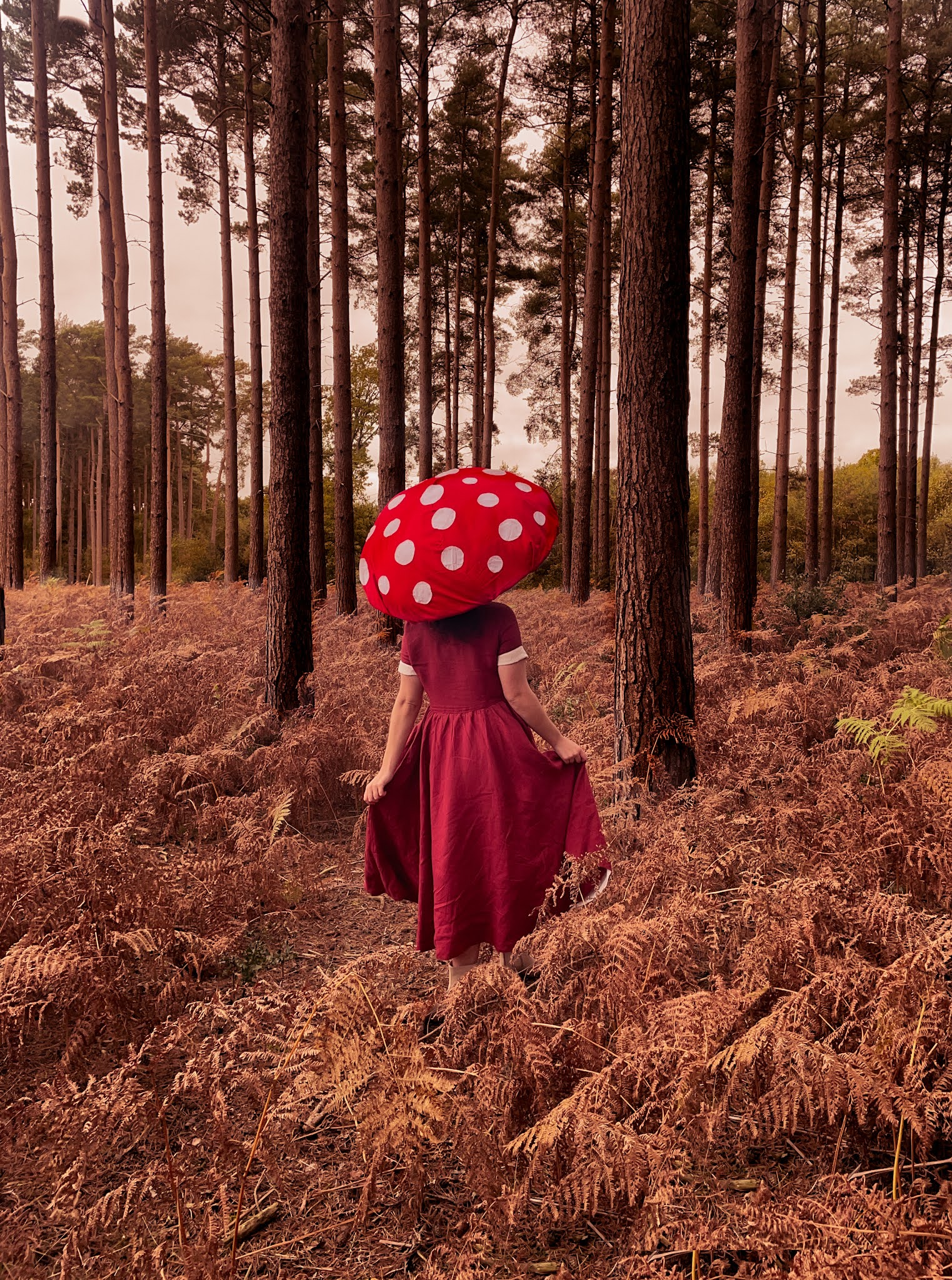 - If a product is marked with a * it is a PR sample, but was sent under no obligation to review. All links in this blog post are affiliate links. For more info head to my disclaimer. -

With Halloween nearly over, I thought now was the perfect time to share one of my favourite costumes this year - the cottagecore mushroom hat. I've been wanting to create ever since I saw A Clothes Horse share her version of this trend. I thought October was the perfect time as the leaves are still turning brown and real mushrooms are popping up all over the woods.

When it actually came to DIY-ing the hat itself, I started off with a plan in mind, but after some time I realised it was best to take each step as it came. I started off by cutting a large circle out of cardboard the size that I wanted the hat to be. I then measured around the circumference of my head and cut another circle out in the middle. I then used the spare cardboard to make an sturdy arch similar to this one featured in the blog post. After that we improvised with the next steps, adding some extra structure around the base so that it could withstand the weight of the extra fabric. With glue gun in hand, I started by pleating the underbelly of the mushroom with white fabric and then flipping it over to cover it completely with the red material and white spots - then I was done!

I was absolutely thrilled with how it turned out and after a morning frolicking around the woods, I felt like an the four evenings making the hat was worth every second - I was officially a woodland fairy mushroom. I knew that I wanted to find the perfect dress to accompany this look, so when I was sent over the Son De Flor Classic Dress* it was love at first sight. I feel like this mushroom is going to get an outing again next year, so definitely watch this space. 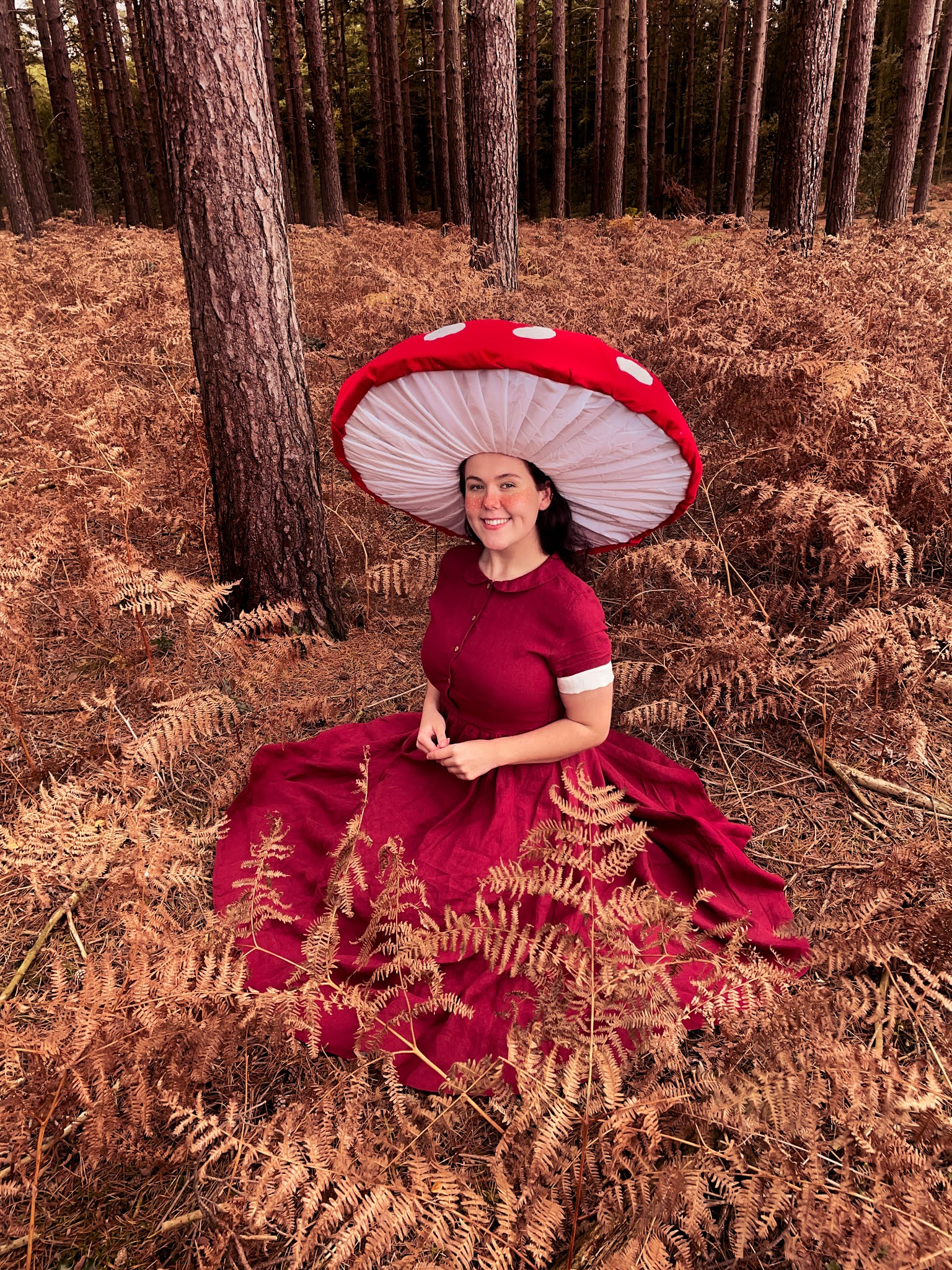 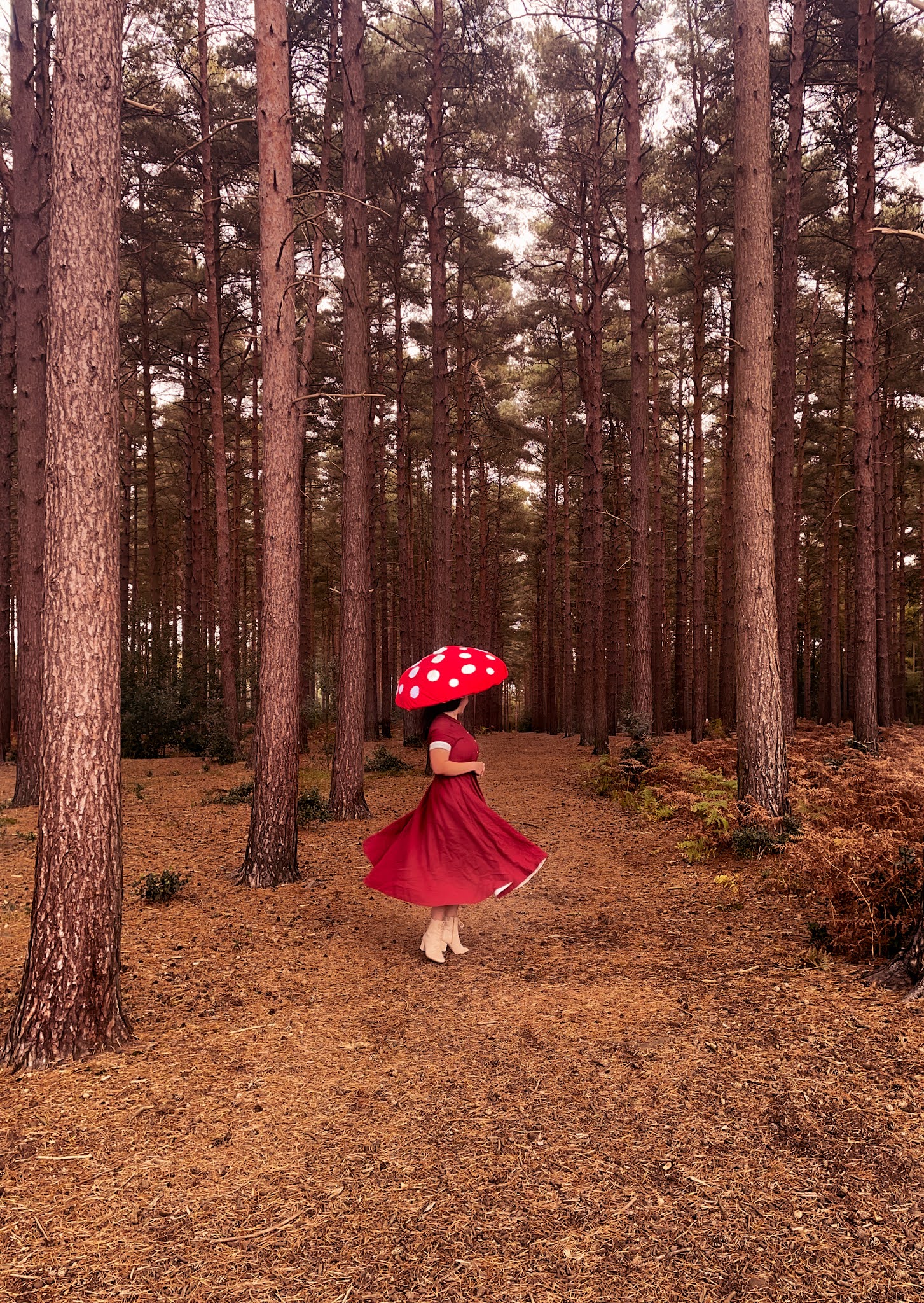