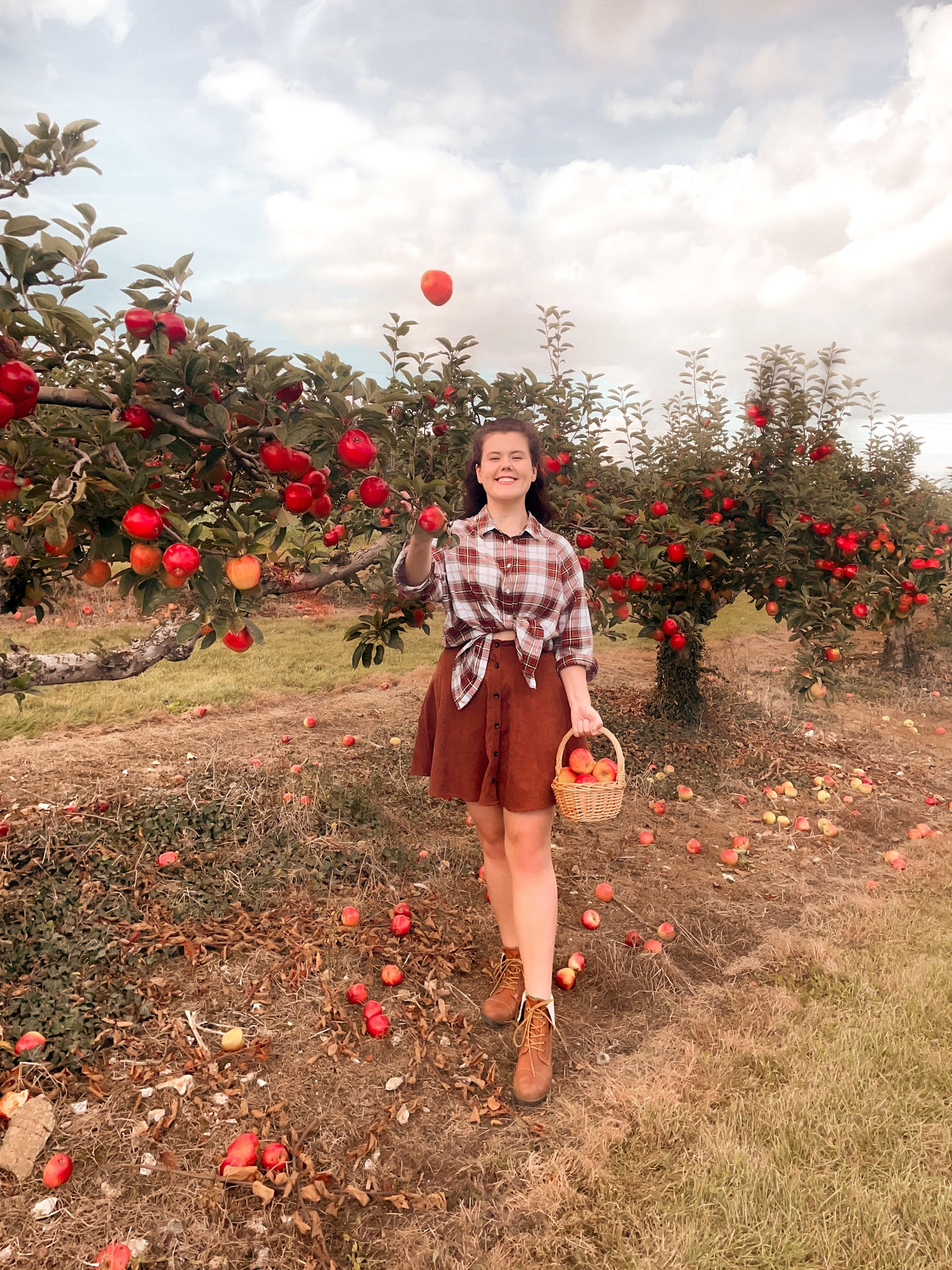 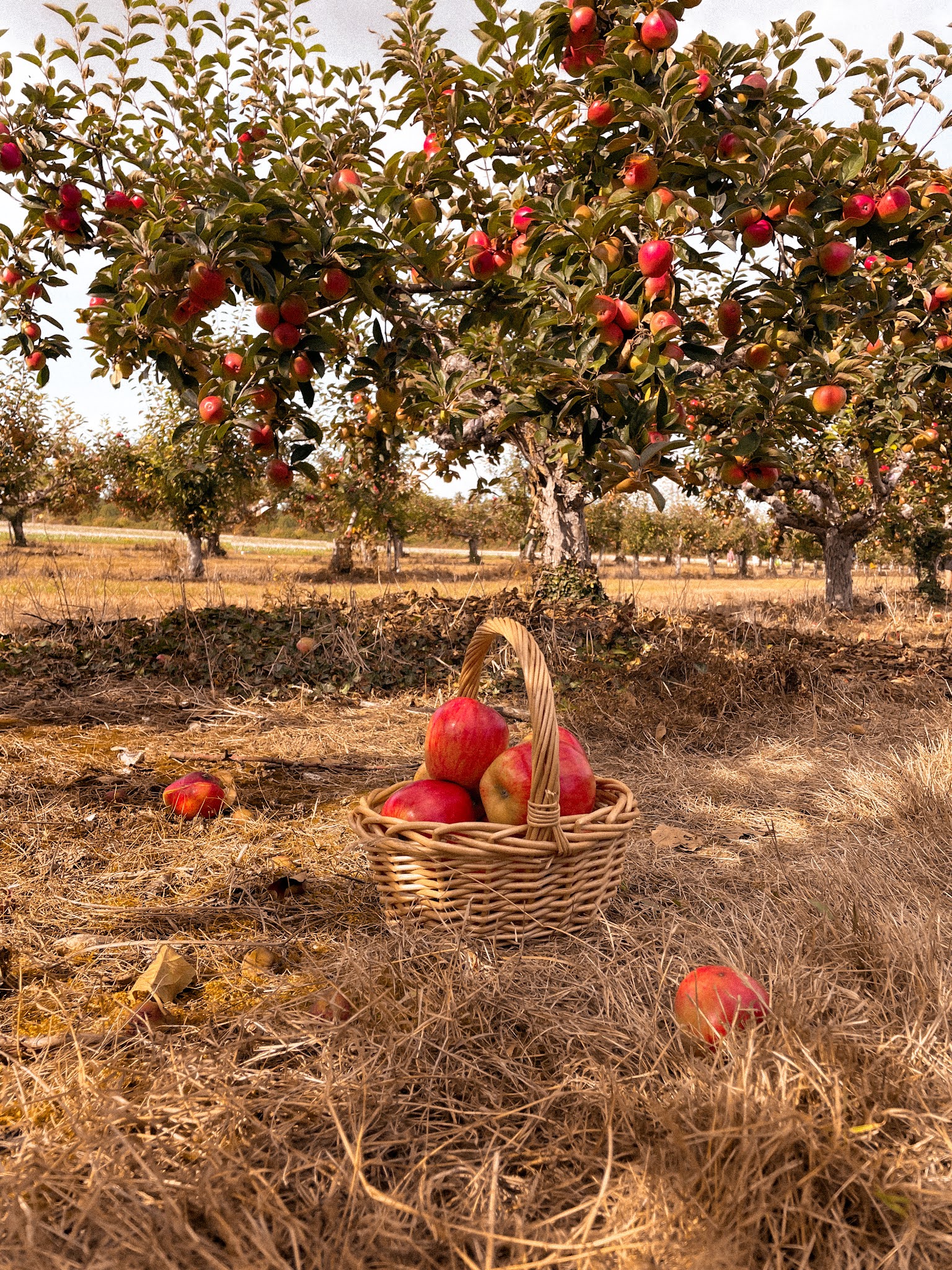 Every few Autumns, I stumble upon a new activity that I know will become a tradition for many years to come - this year it's apple picking. We took a trip down to Kent to visit the Castle Farm Orchard which is famous for their Norfolk Royal Apples that are shiny and vivid red in appearance. They so wonderful in fact that they're often donned the 'Snow White Apple'. With the sun shining and orchard in full season, I loved taking a wonder around the trees, smelling the slightly sweetened air and feeling a slight fresh breeze which could be mistaken for an early Autumn sign - or maybe that's just wishful thinking.
With a basket in hand, I set off to pick the juicy red apples hanging from the tree and a few twist and pulls later (did you know that's the best apple picking technique?), I quickly filled my basket up to the brim. I've had visions of what I want to do with my loot for a while now, but the real question was whether I wanted to go for an apple crumble or pie - decisions, decisions!
Although September is already flying by, I'm hoping that I can find a local apple orchard on my travels before they go out of season as I'd love to go back to one again this year. Whenever I find a new Autumn activity to do year upon year, I get a spring in my step as I love to fill each season with new things to do. Next up... corn maze hunting! 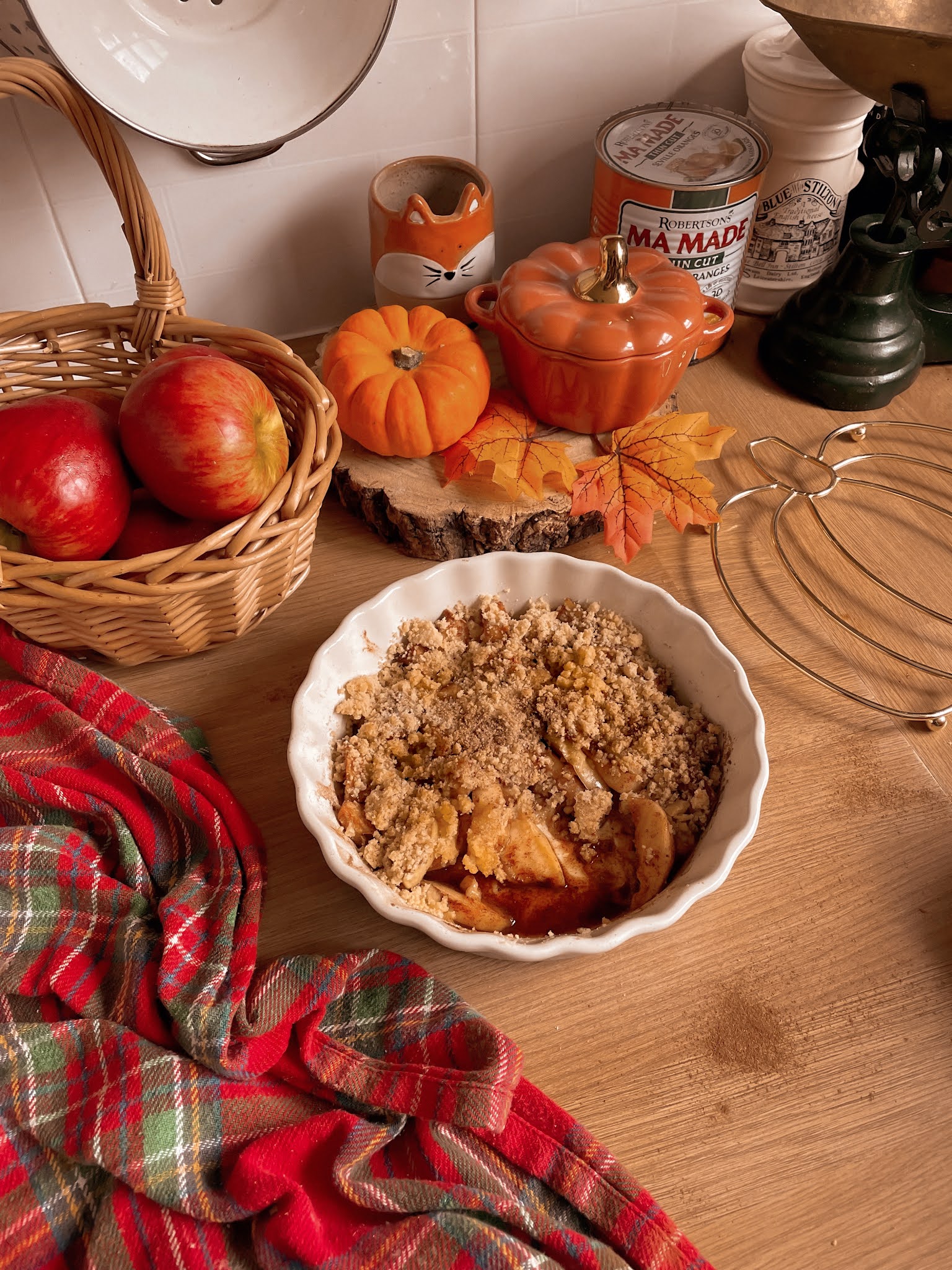 Now it's onto the good stuff - what to do with the apples you've just collected. There's so many ideas like baking a cinnamon apple cake or even going for toffee apples, but I decided to opt for the delicious classic crumble. The base is made up of the juicy apples mixed with fragrant cinnamon, ginger and nutmeg, whilst the buttery topping makes for a warming treat!

Preheat oven to 200c.
Peel and chop up the apples into slices or dice them (depending on your preference).
Place in a saucepan with the golden caster sugar and your cinnamon, ginger and nutmeg. Cook until the apples have softened.
In a separate bowl, rub together your flour and butter until breadcrumbs form. Then slowly add in your brown sugar until combined.
Once your apples have cooled. Place in a dish and top with your crumble mixture. Sprinkle some extra cinnamon and sugar for good measure.
Bake for 35-40 minutes or until golden brown. Serve with ice cream or vanilla custard.
SHARE:
Posted by Lily PSB at 17:03