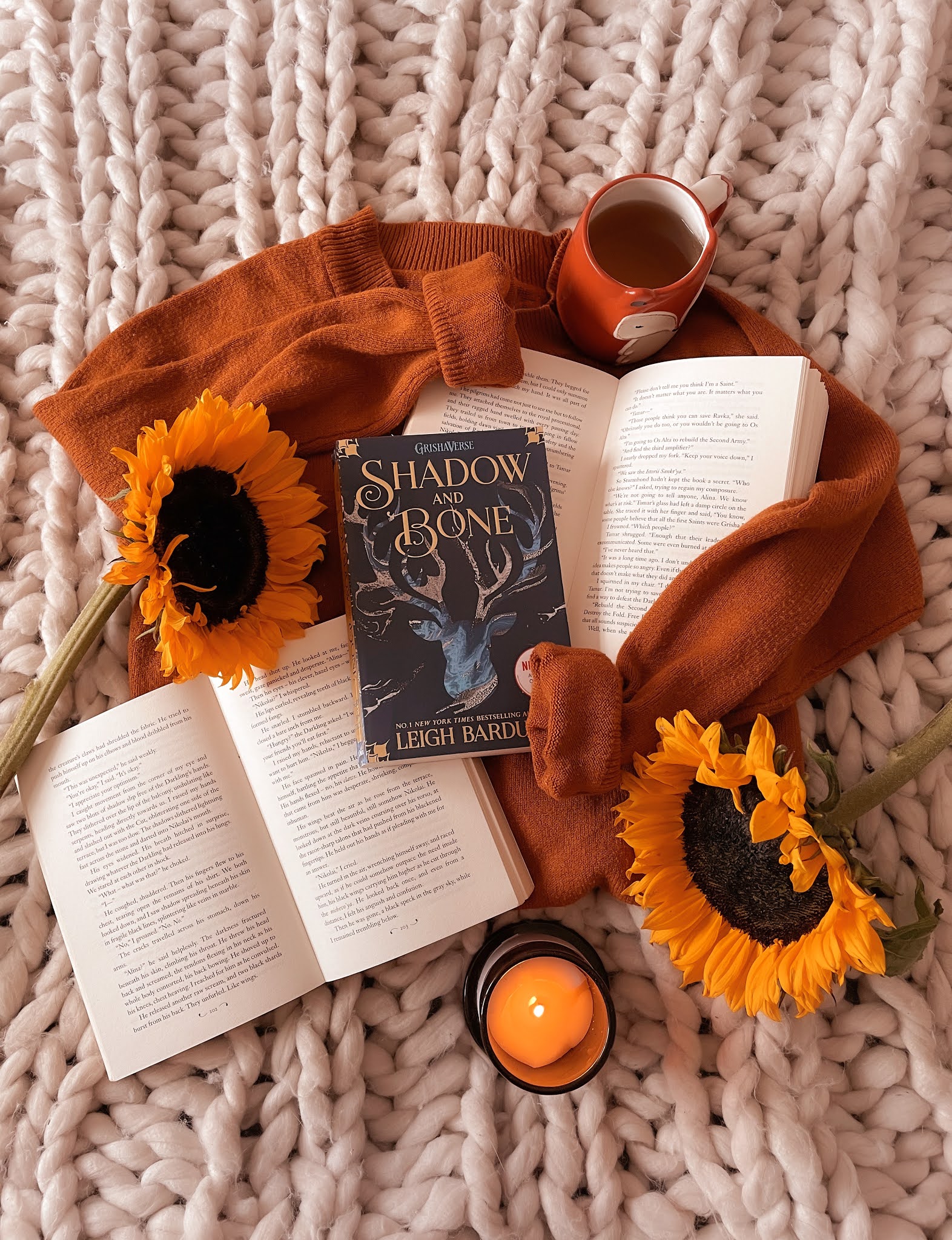 - All links in this blog post are affiliate links. For more info head to my disclaimer. -

My to-read pile is overflowing with books that I've promised to read for well over a year, but after watching the first season of Shadow and Bone on Netflix, the trilogy that the show was based on, made its way to the top of my list.

I've got to be honest I've been recommended Shadow and Bone by Leigh Bardugo more times than I can count, but it's often followed up with "and you'll love Six of Crows even more" which strangely put me off starting. That being said, after watching the Netflix show, I got super invested in the storyline, so I picked up the books and got reading with great ambition... and expectations.

Whilst others can easily finish a 400 page book in an afternoon, I'm not the fastest reader. I tend to be a page flicker, checking the map at the front and skimming back through past pages to remember people's names. Despite all of this, I made my way through the first Shadow and Bone book super quickly, before I knew it I was half way through and then I was done. Leigh Bardugo's way of writing is fast paced, engaging and easy to read which meant that no chapter felt like a drag.

The book is written from the first person account of Alina Starkov, who not only has to venture across the dreaded Shadow Fold, an area of land covered in darkness and swarming with winged monsters, but she also discovers that she has a magical power.

I would say that Shadow and Bone lacked a little when it came to visual descriptions, but thanks to the Netflix series, I felt like I could imagine everything that I needed to. Talking of the adaptation, they've included characters from the Six of Crows duology which are a duo of books that come in at a later date, so that's something to note if you're reading the book after watching as you'll see there's a few names missing.

I was initially pleased when I found that Siege and Storm was just as easy to get through than the previous book, however despite the book starting off great, progressing the storyline for the first few chapters or so, it then dipped in the middle and felt like it was repeating itself quite a bit. The last fifty pages saved Siege and Storm from getting a low review because it ended up picking up pace again and made me feel excited to continue on my trilogy journey.

It's important to note that due to the middle of the book dragging a little in places, I felt apprehensive that I was having to remind all the small and finite details for later. The whole book felt like it was to expand the Grisha universe further and teach you new lingo, which was great addition as I felt like the previous book didn't quite get down to the little details enough.

In terms of my opinion of Mal, I never fully connected with him as a character, but the introductory of Nikolai was very welcomed. Without spoiling the plot too much, I felt like I liked him more in a couple of chapters than I did for Mal throughout the whole first and second book. In fact, that's what I would say about all this series as a whole, I enjoy the side characters far more than the the main ones, which probably adds to the difficulty at times to get through the plot.

The final instalment of the trilogy was one that I went into with great optimism as I thought the second book had set this one up to have a book full of action. Whilst, I didn't completely feel let down by the book, I didn't quite get into it as much as I did the previous two as I felt like it dragged a little in sections. That being said, towards the last third of the book, the twists and turns had me hooked especially with certain characters, so I continued on the see the ending.

Although this may be controversial to say, but as a book reader, I'm not often left disappointed with an ending, yes it can be frustrating when characters don't end up how you feel they should, but usually I can justify that it fits with the books overall feel. However, with Ruin and Rising's ending, I felt like it didn't embody what I the title promised. I felt like once the good twists in the story were revealed, the ending felt rather predictable. The build up of the books felt like it was going to have a more explosive ending, but unfortunately it fell flat and ultimately I felt like the books could have been split into two instead of three.