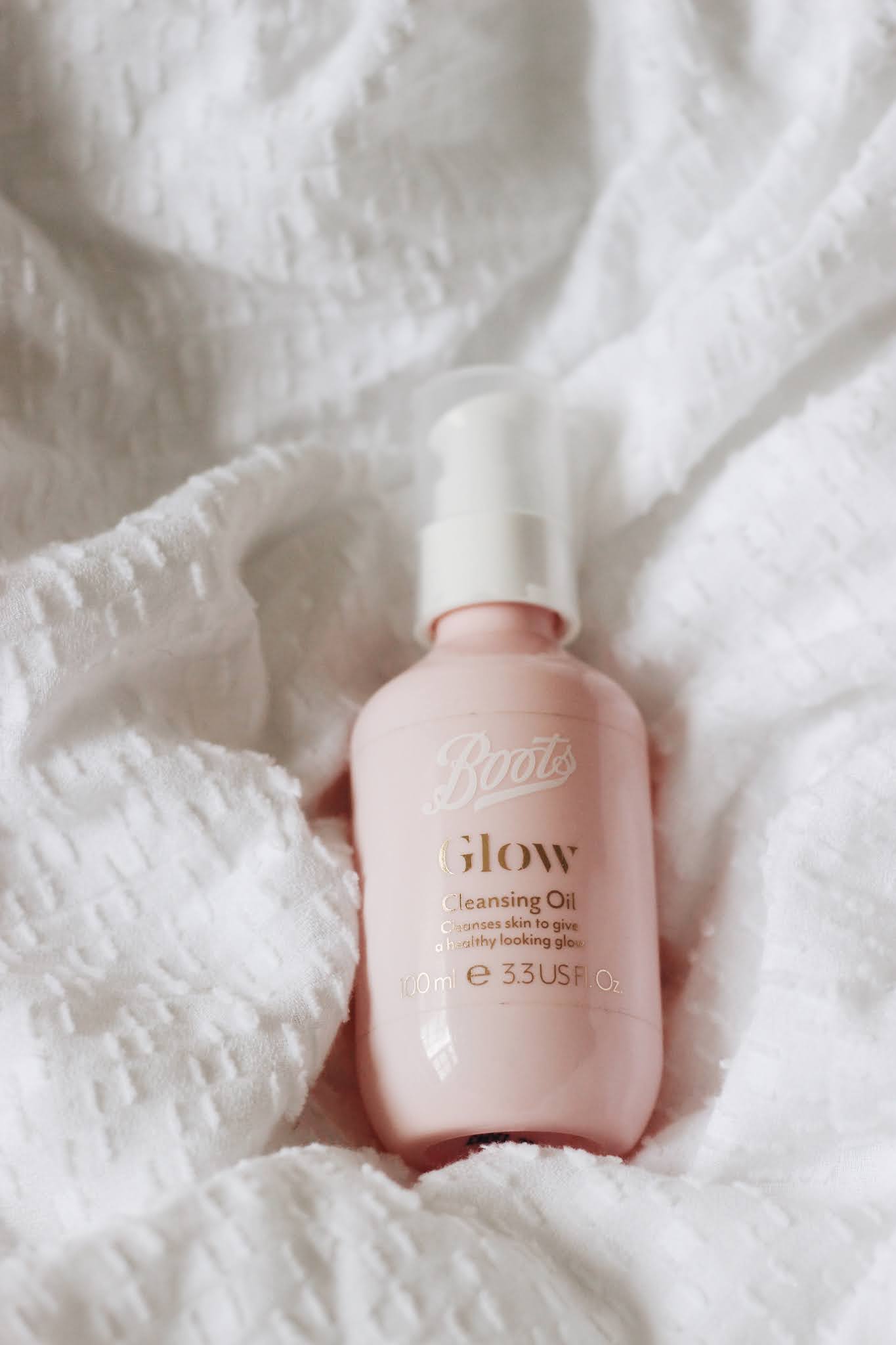 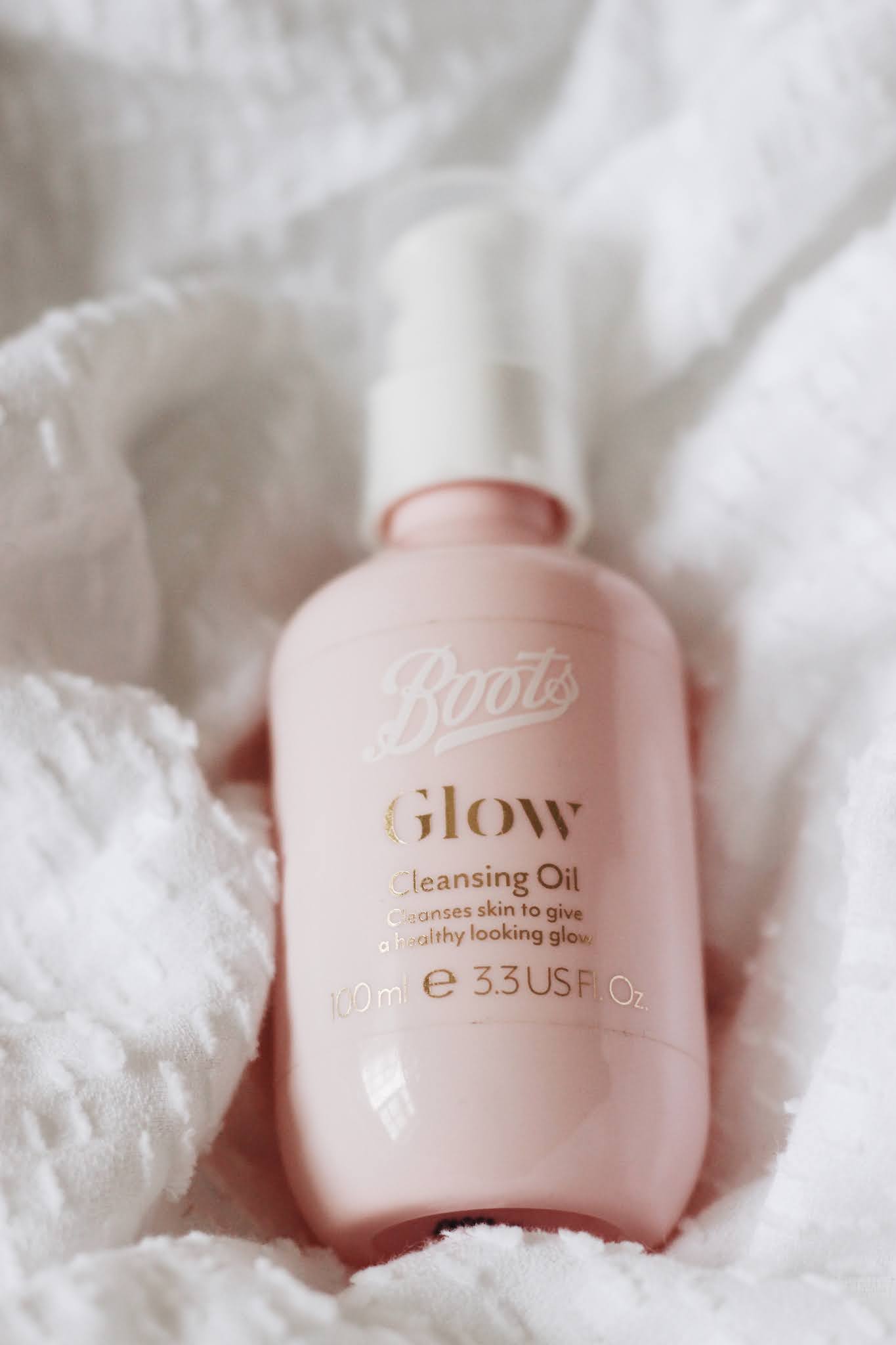 - Disclaimer: I have previously worked with Boots, however this post is not sponsored. All thoughts are my own. All links in this blog post are affiliate links. -

I spotted Boots had released a new Glow skincare range a few months back, but hadn't got around to picking anything up until a couple of weeks ago. They had everything from a toner to a mist, but I decided to just pick up one product - their Glow Cleansing Oil. A cleanser that promises to rid the skin of dirt and add a radiance all in one, but how well did this £4 really work?

For a cleanser under £5 I wasn't expecting much from the get go I have to admit and was initially worried that it'd be a thick oil that would leave my skin feeling greasy and irritated. When opened, the scent was prominent. I feel like Boots has definitely taken inspiration from Glow Recipe's watermelon range and that's the scent that it's most similar to. If you've got sensitive skin I would recommend giving this a miss entirely purely because of the fragrance, but if you've not adverse to it then read on...

I feel like cleansing oil texture is down to personal preference, some prefer a thicker oil that 'lathers up' whereas others including myself prefer a thinner oil that can be worked into the skin to remove makeup. This is definitely on the thinner side and although it was a good first cleanse to melt away my foundation, it didn't do as well on my mascara, leaving me with panda eyes even after washing it off. It was nothing that a bit of eye makeup remover or micellar water could get rid of, but it's something to note - this isn't an allrounder.

That being said, I feel like for £4 this is super handy if you're looking to see if you like cleansing oils (and the feel of them) and it does do a good job at removing your base makeup as long as you steer clear from the eyes. Depending on your skin type, you may find this leaves a little oily residue, but personally as I'm using it as a first cleanse, after I'm done my second one as well as adding toner, it's nothing to note.

Overall, I'm actually impressed enough that I would like to try out bits from their range. I've heard good things about their Glow Tonic and they've also released a Pineapple Range including a Pineapple Mask that looks like it'd be great (and smell great too!).

Have you tried the new Boots Glow skincare range?