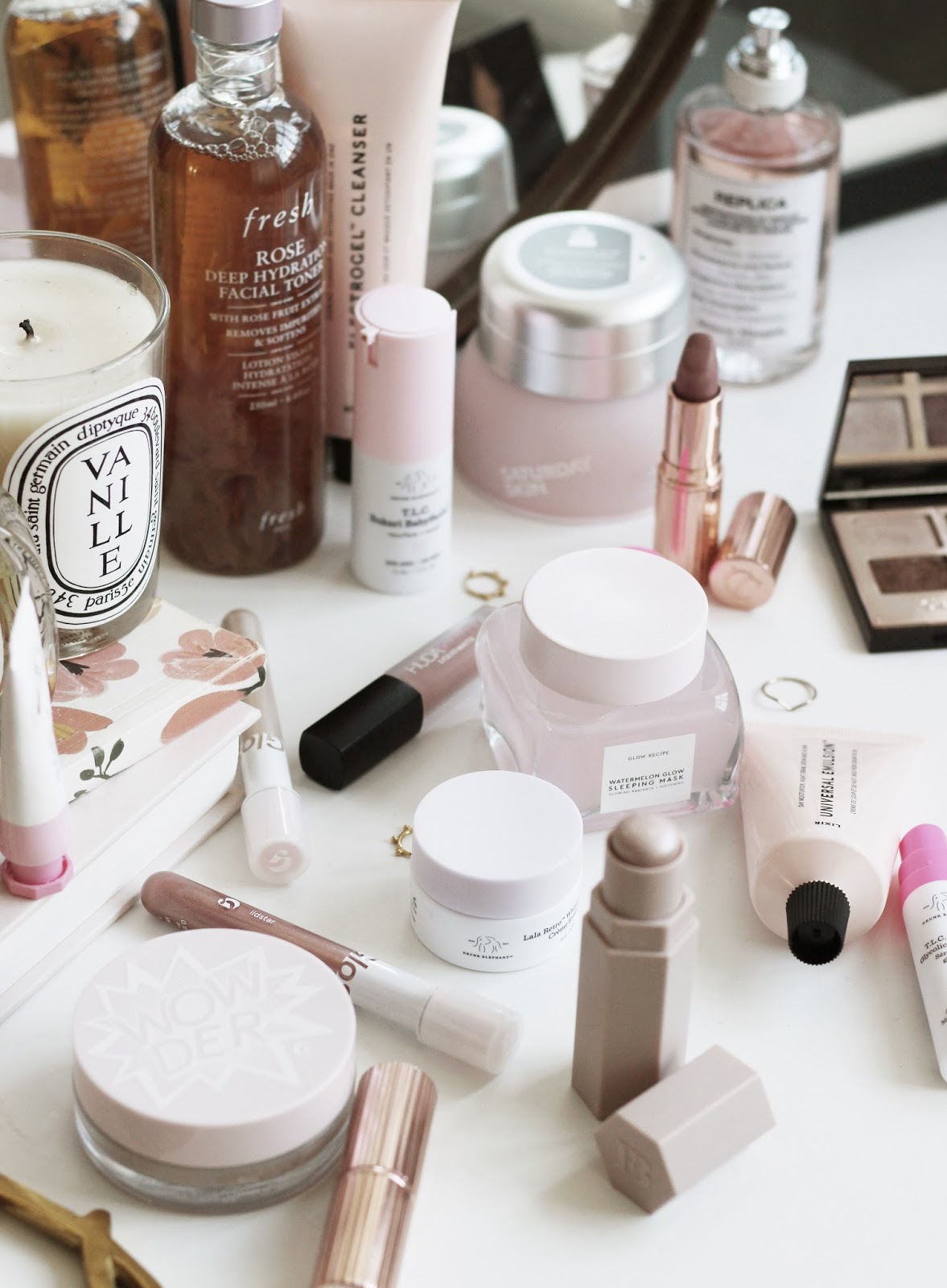 After seeing Dizzy Brunette doing an Instagram Made Me Do It post, I started thinking about the products I've bought due to seeing them on the photo app, and it turns out I have quite a fair bit. You know when you see the blush pink exterior of moisturiser or a rose gold lipstick casing and you just swoon? Well, that's caught me out several times and I'm gone on to buy the product. Today, I wanted to share my thoughts on Instagram-induced purchases and whether they were worth the spend.
When Fenty was first released I felt like everybody spoke about them and wanted to be the first to feature. It took me a while to own a few of their products which I got back in October, but I wanted to share my thoughts six months on. The Amber Match Stix is still a product I use fairly regularly, but the concealer in the trio has barely been touched. I don't like the way the formula sits on my skin nor the way it looks - Definitely one to avoid.

Glossier was a brand that I first saw featured on a fair few American Instagrams and back in the Summer I finally gave into temptation and ordered some unopened bits from Depop. I was thoroughly impressed, so when they arrived in the UK I knew I had to get a few more of my much coveted pieces. The Milky Jelly Cleanser, Wowder Powder and the Cloud Paints still remain my top picks that I think everybody should try if you're looking at Glossier, but there are a few misses such as the Moon Lidstar and the Solution. The blush pink packaging definitely is aesthetically pleasing, but on the whole the products and formulas are great too.

Saturday Skin's pink exterior definitely attracted me to them in the first place, but once the hyped died down, there were still a few products people raved about. I'm currently on a new moisturiser ban (I'm not starting a new one until my current pots are finished - With the exception of Drunk Elephant...), but I've used their Quench Intense Sheet Mask* and I can't believe they're not spoken about more.

Another brand that I first saw on Instagram due to American influencers was Drunk Elephant. I was kindly sent a The Littles Set* along with their Virgin Marula Facial Oil* to try out ahead of their UK release and I have been thoroughly impressed so far. The different coloured lids are super cute and I can see why people like their aesthetics when photographing - It's definitely a bonus that there's a few fair great picks in there too! One's to check out would be their La La Retro Whipped Cream*, the Babyfacial and Hydra-B Gel* (this has surprised and impressed me so much), whilst I would personally avoid the Beste No.9 Cleanser* as the packaging is just so faulty and it drips everywhere!

It took me a while to try out Huda Beauty, but when I was sent over minis of their Matte Liquid Lipsticks* I have been smitten ever since and I feel like I've spoken about it on here more times than I can count. They're comfortable to wear, can be mixed with lip balm for extra hydration and they never crack. Anastasia Beverly Hills is another brand that is all over Instagram, whether it's makeup artists creating stunning looks or bloggers with their everyday makeup, I've always felt like I needed to jump on the bandwagon, but only tried the odd thing until recently. The Soft Glam Eyeshadow Palette* is definitely a new favourite of mine, the shadows are faultless and I've been wearing all sorts of combinations.


What products have you tried that were inspired by Instagram?

If a product is marked with a * it is a PR sample. This post contains affiliate links.
SHARE:
Posted by Lily PSB at 08:00