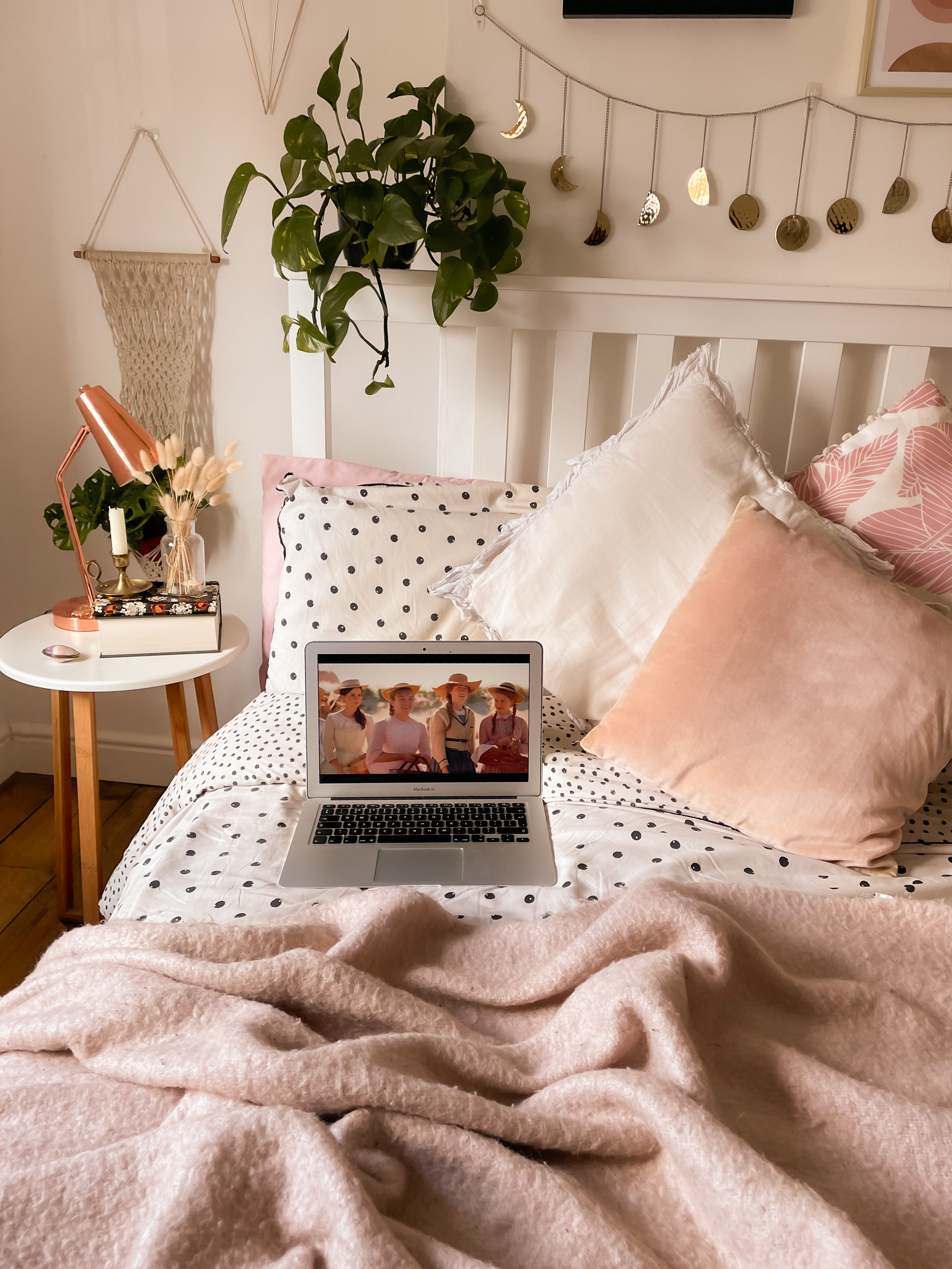 - If a product is marked with a * it is a PR product, but sent under no obligation to review. -

I've wanted to do a blog post like this for some time and after seeing Desi do a full YouTube video on her favourites, it finally inspired to work on my own list. I actually curated a list on Instagram which you can save now for easy viewing. I wanted to include TV shows and films that give me the 'cottage core' vibe as well as being 'princess core' and anything aesthetic thrown in there too.

I think it's much harder to find TV shows to fit the 'cottagecore' aesthetic than it is to find films, but I've tried to list a few that offer all the cosy vibes. I think the Great British Bake Off is one of my favourites as it includes lots of baking inspiration and for an episode or two, it helps to me to unwind and slow down.

It feels like there's too many films to mention when it comes to sharing my favourite cottagecore watches, but I've managed to shorten the list just a little. I love the set designs in these films alongside the portrayal of seasons and outfits. If you're looking for some inspiration on what to watch then look now further:
SHARE:
Posted by Lily PSB at 11:03