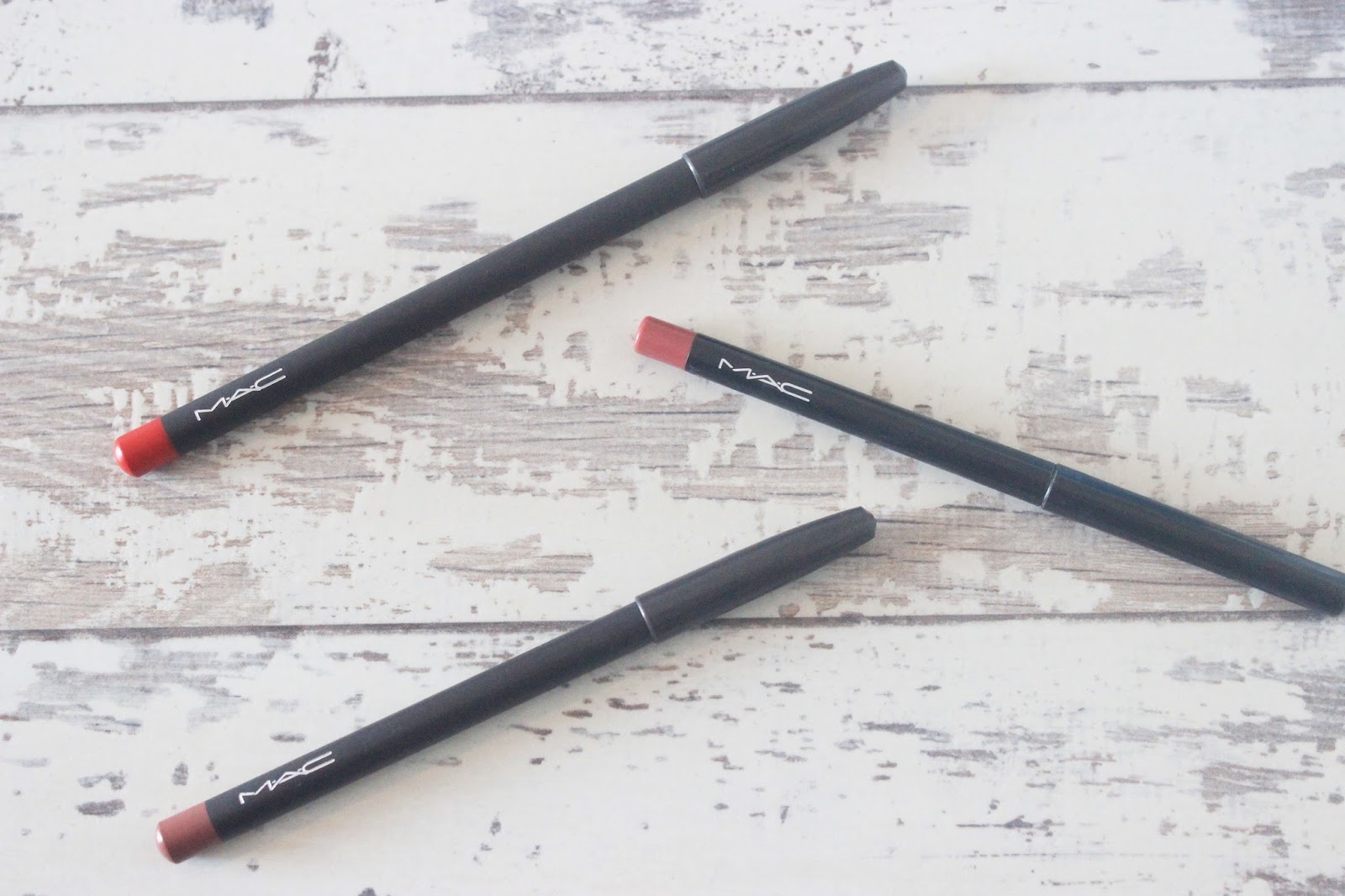 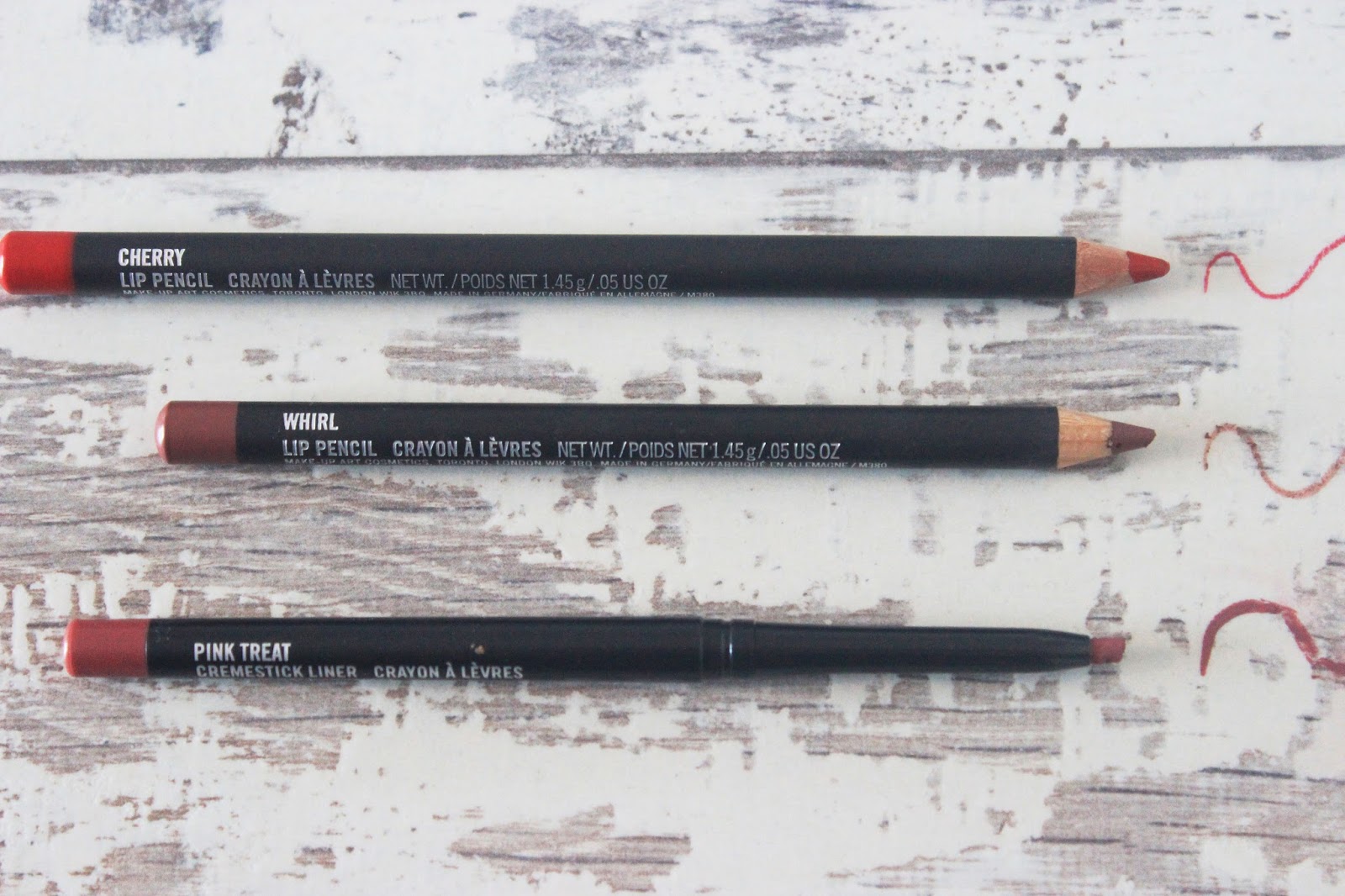 Recently lip liners have become a necessity in many people's make up bags due to everyone lusting after 'Kylie Jenner' lips and trawling the internet for ways to recreate her infamous voluminous lips. Cue a lot of sold out nude lip liners and lip sticks. For me, lip liners were never really seen as an essential, but instead I had visions of myself looking like I'd stepped out of the 90's with pale lips but a well defined, overly done brown lip liner. Over the past couple of months I have caved to the hype and rather than steering away from the skinny looking pencils, I have embraced them and rather to my surprise, I have been loving every minute with them. When on the lookout for the perfect lip liner my first pit stop was MAC, so I thought I would give you the run down of my favourite shades.

MAC - Cherry | Since I've been venturing into red lips, I thought I would add a classic red lip liner to my collection. Cherry has been a shade that has been on my wishlist for many years. This versatile lip liner has quickly become a staple when wearing a red lip, not only can it be used to define your lips making them look fuller, but it can be used on it own to create a matte look.The waxy textured formula remains long lasting on the lips, whilst gliding smoothly along the lips without tugging or pulling and preventing feathering or bleeding.

MAC - Pink Treat | I have been looking for a pink, everyday liner to use all over my lips for a while. The Cremestick formula intrigued me as the highly pigmented, creamy formulas are known for their lasting abilities and due to the retractable aspect, there is no need for a sharpener. Bonus. I tend to look past any products that claim to be long lasting as they always seem to let me down, but not with this one. One application lasts around 6-8 hours on the lips depending on what I've been doing. The deep cool pink shade with mauve undertones is perfect for an everyday lip and has quickly become a staple in my make up bag.

MAC - Whirl | Where do I start with this one? This neutral toned liner can be worn on it's own with lip balm or paired with a nude lipstick (I like MAC Brave) to create voluminous, well defined lips that could give Kylie Jenner a run for her money. The no budge formula is long wearing and I know I'll be wearing this until it's on its last legs. Possible repurchase? Absolutely.

What are your favourite lip liners? Have you tried any MAC shades?
SHARE:
Posted by Lily PSB at 08:00