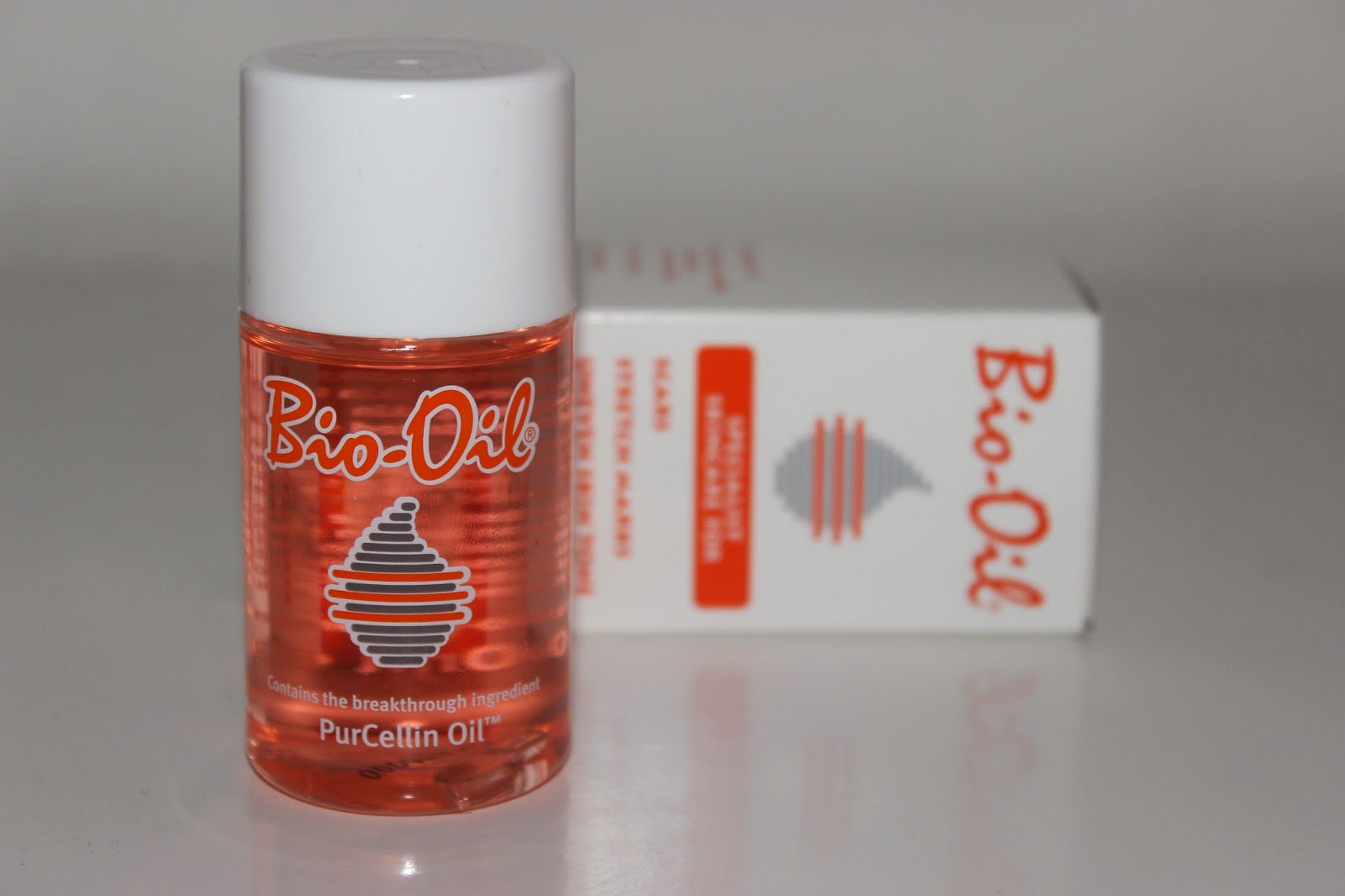 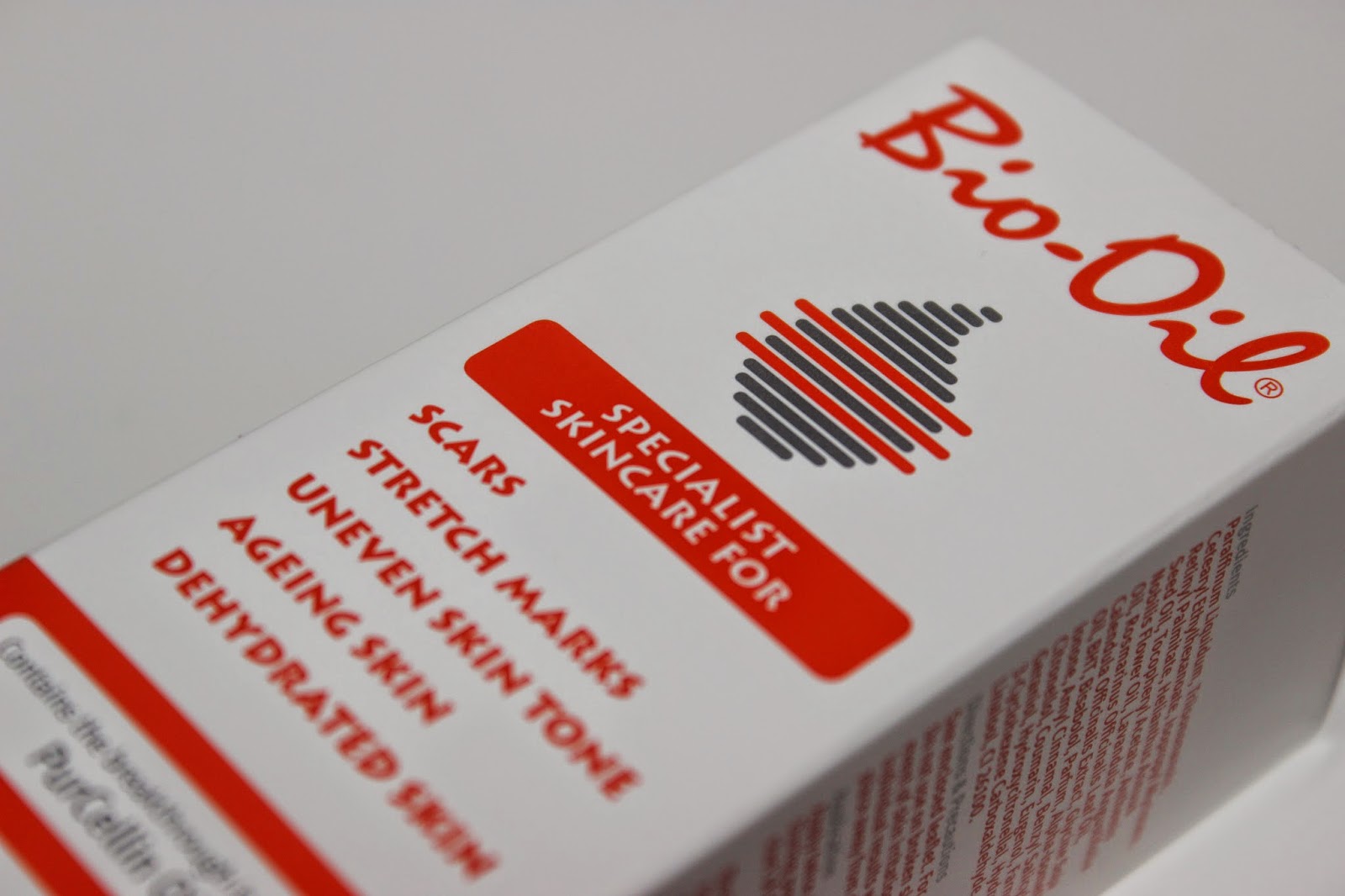 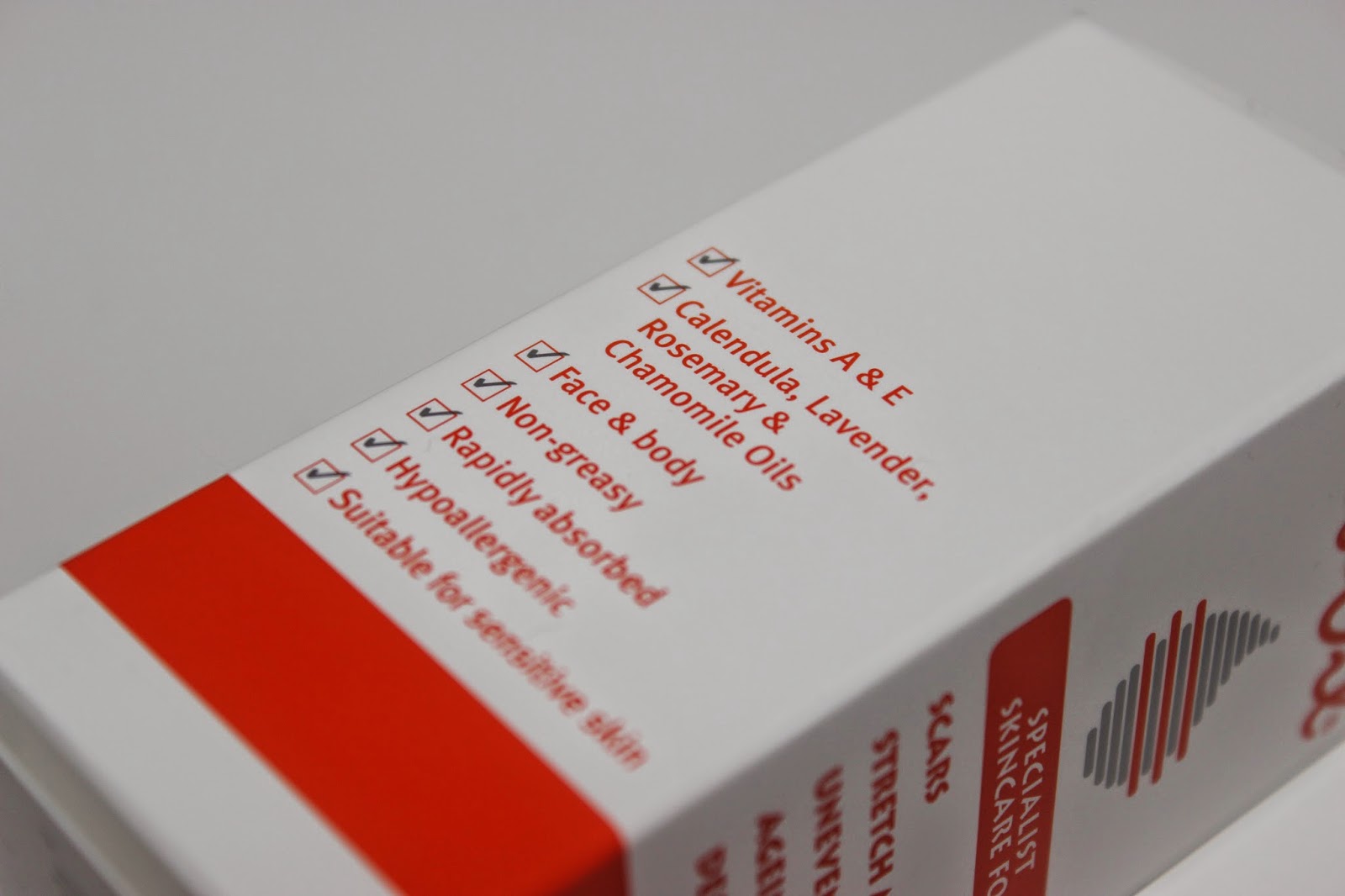 I don't write much on my blog about oils for the face and body, which is odd because over a year ago I wouldn't go near any products that had "oil" in the title, but now I am absolutely loving the stuff. At first I was sceptical of the effects it would have on my skin due to my skin being both sensitive and temperamental, but after easing myself in I knew that my skin would benefit loads from a nourishing oil.

Bio Oil* as many will know is a dry oil which applies like a greasy liquid and absorbs quickly once massaged into the skin, infamous for preventing stretch marks during pregnancy. PurCellin Oil is one of the main ingredients which helps to ensure that the oil is easily absorbed deeply into the skin, this is great for somebody like me that would rather not prance around naked waiting for my body lotion or oil to sink in. There are also many other plant extracts and vitamins which are included in the formula, including Vitamin A, which helps to improve the skin's elasticity and Lavender Oil which is known for its calming and soothing properties.
Even though I said that I would never use oil on my skin up until year ago, there is one peach tinted oil that has been in my routine since I can remember; Bio Oil. As a teenager, I can remember my mum religiously praising and using this within her routine, in fact I used to steal her bottle every night to use on my hips, thighs and breasts to prevent stretch marks from appearing and to fade the existing ones, this helped loads when I was younger to make myself feel more confident when I noticed that Bio Oil was starting to fade my stretch marks. My mum often used this on her face as well to improve uneven skin tone and prevent the ageing process, so I followed suit (It's never too early to prevent wrinkles, right?).

I've gone past the 'excessive' stretch mark concealing phase and have recently been using Bio Oil to fade my existing scars, often caused by stupid or sporting accidents. I swear by it and have even recently told my boyfriend to grab himself a bottle for the scars he wants to get rid of. Even though initially the oil feels fairly thick on the skin, it absorbs well leaving your skin feeling soft and nourished. A little goes a long way, which means that a 60ml bottle could last for months and months and even though the scent won't be to everyone's taste, thanks to the added Chamomile, Lavender and Rosemary oil, the scent still remains bearable. Bio oil can be used in multiple ways, but I have been mostly using a few drops in my baths as a moisturising oil as well as continually applying it stretch marks and scars. For under £10 a bottle, I could not rave about this product any more and even though I have a long way to go in getting rid of my scars and stretch marks, I believe that Bio Oil is the product that will help me get body confident by summer.